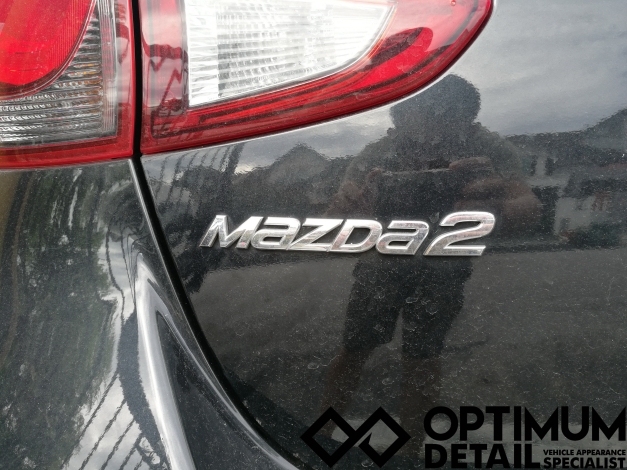 Today we have quite a special customer that drove all the way to leave the car with us for an entire day. This Mazda2 is barely 6 months old but already met so much abuse that its crying for a full makeover.

Have you ever expected that the underside of the front bonnet is glossier, shinier and more wet look than the entire car?

Here we have the car, just arriving from Singapore. With the bonnet area and wheels still piping hot, we had to let her cool down first. Meanwhile, our routine inspection for the paint was done.

There was a dull shade on the paint when looked closely.

Stains from bird droppings were quite visible on the paint.

There were even some very much hardened bird dropping splatter. We’ll be expecting a bad etching later.

Black cars can be rather deceiving in photos because they may look very reflective but their true condition is hidden behind that gloss.

6 months of poor car wash resulted in stains in areas like this.

Side mirrors were covered in bug splatters as well. 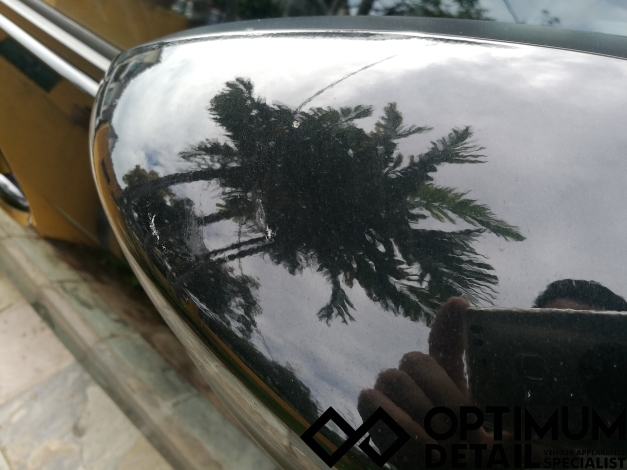 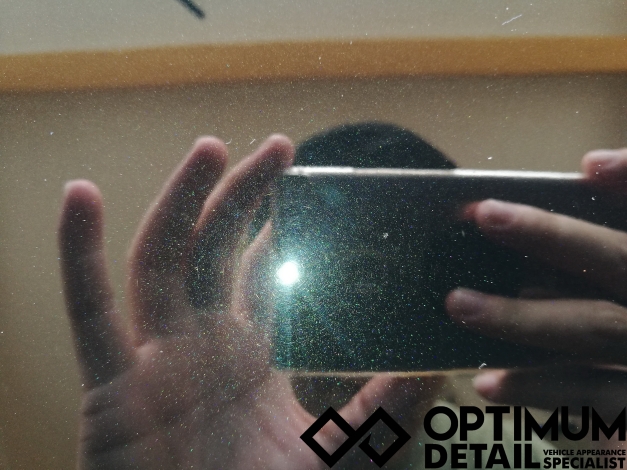 More swirls and holograms found on the paint. 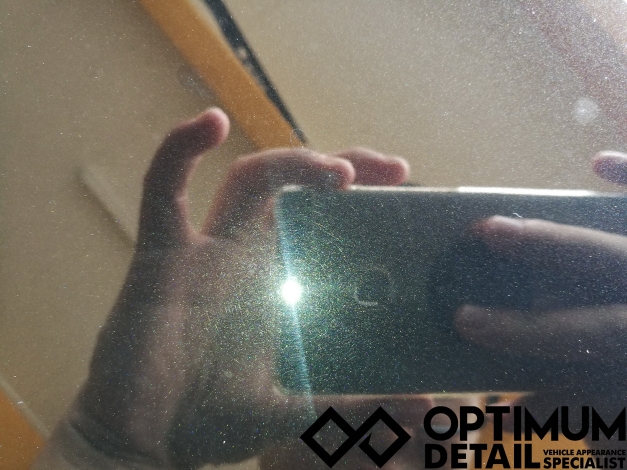 Holograms spotted on the door. Well, basically the whole car is covered in holograms and swirls as a result to “restore” the car but failed miserably. 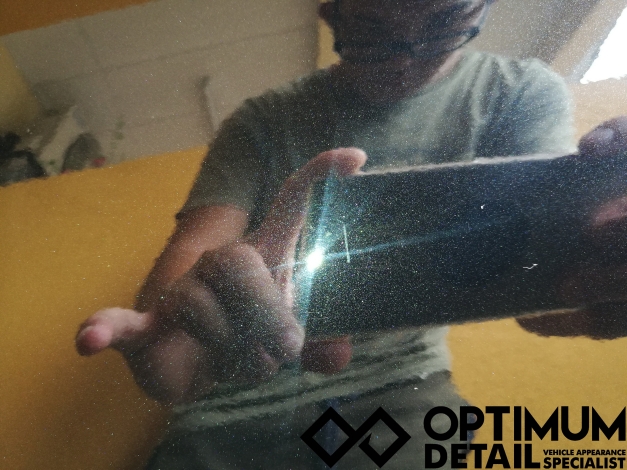 We did a detailed wash and decontaminated the surface. Check out what the clay bar picked up from just 1 panel.

As we mentioned before, we’re expecting a bad bird dropping stain on the hood. 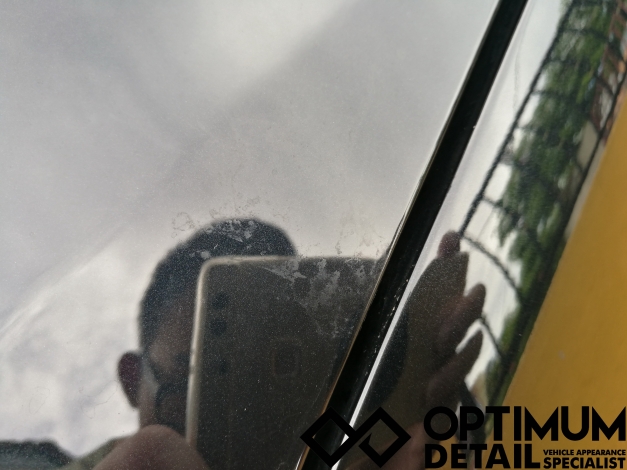 Another bird dropping stain visible after the wash.

After a few passes of polish, we came to a swirl free result. 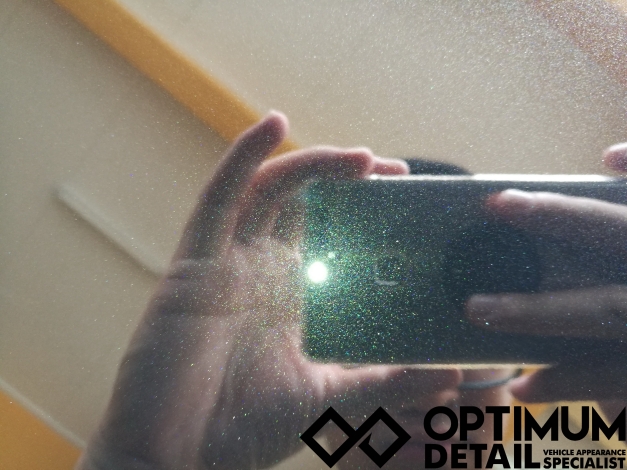 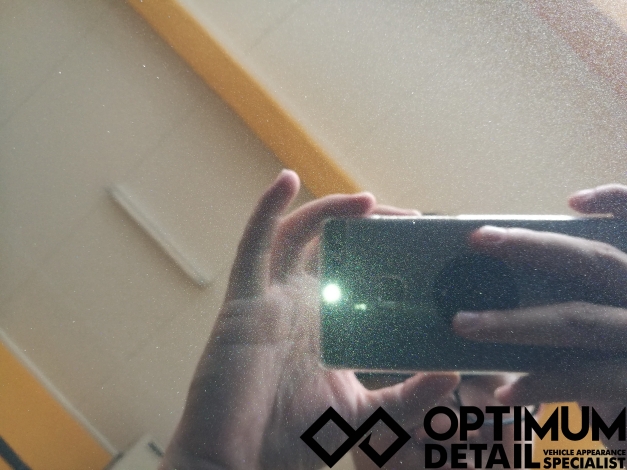 The door previously covered in holograms and swirls are now clear of damages.

Finally, a quick before.

We also manage to clear off the bird dropping stains that was etched into the paint. Fortunately the damage was not catastrophic yet. PS: pardon the polish residue as we only clear it up when the entire polishing process is over.

We spotted some rather deep scratch on the roof. Probably from an attempt to rub off bird dropping.

Manage to recover the damage. Dear readers, please do not rub off bird droppings as bird eat from the ground, sand does not get digested and the bird droppings actually contains sand in them, rubbing the bird dropping off will only result in scratches. In this case, we’re lucky to be able to remove the scratch, you might not be as lucky everytime.

Final outcome from the detailed polishing, the car was ready for the Opti-Coat™Pro.

After the final wash and coating application, the night came. Before we showcase the finishing, we did some quick final checks on the paint under LED and also the street lights. Results were amazing. 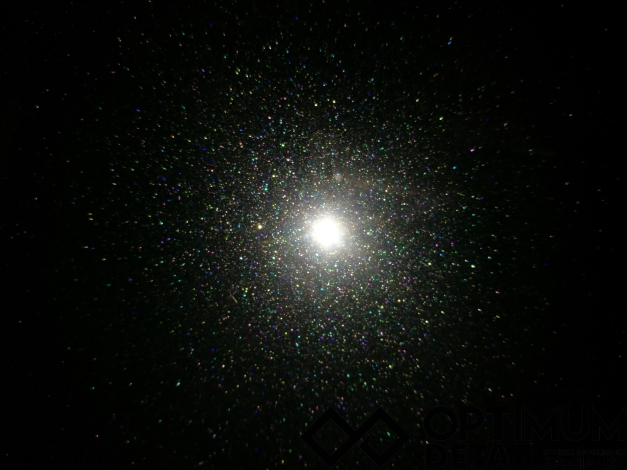 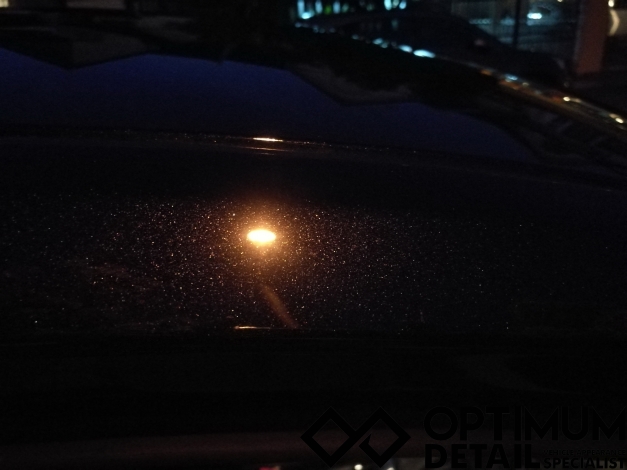 So here’s the final results of this makeover on the Mazda2 all the way from Singapore. 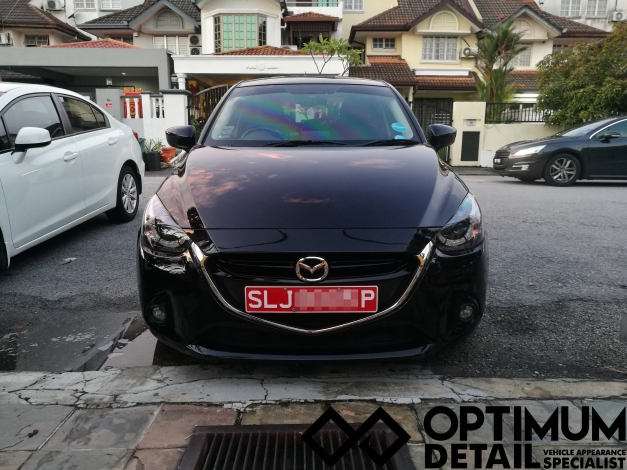 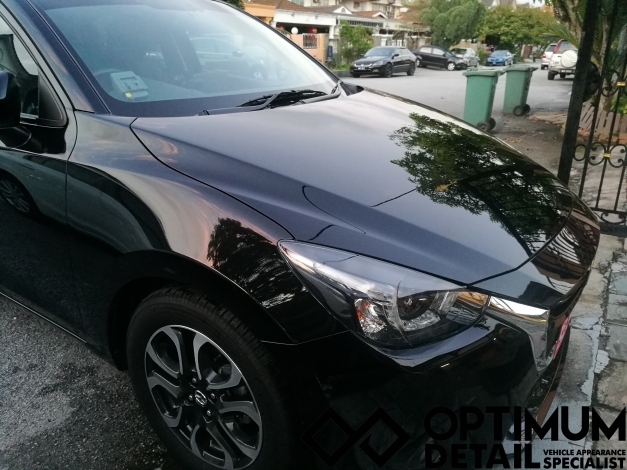 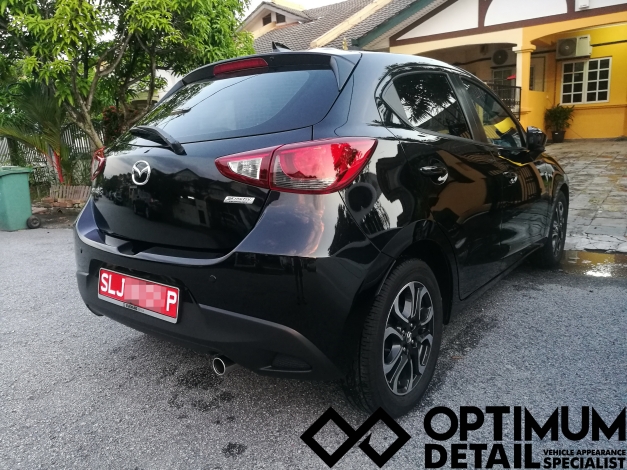 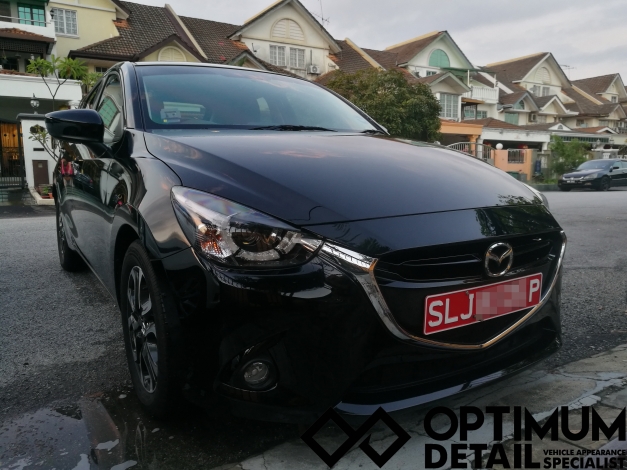