This is a 3 year old, neglected, mostly parked outdoor, next to no maintenance Mini Countryman. It looks pretty glossy at first glance but you will be shocked to find out how severely damage the car is. Read on.

Upon arrival, we did the routine walk around to spot extremely visible damages. The paint looks surprisingly glossy but we know its fake!

We spotted the typical scratches as we investigate closer.

Faded rubber lining that had been collecting dirt from Day 1. 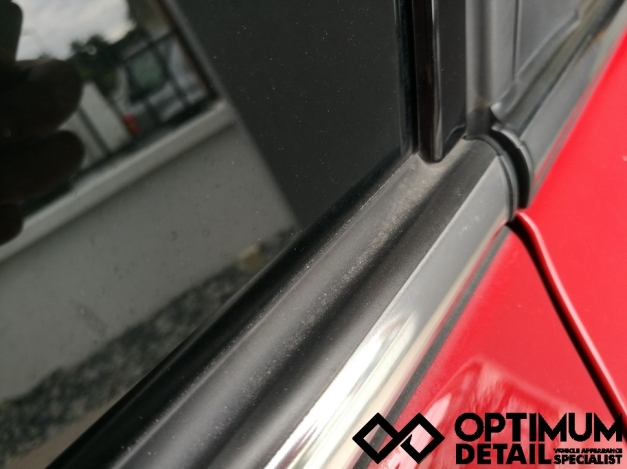 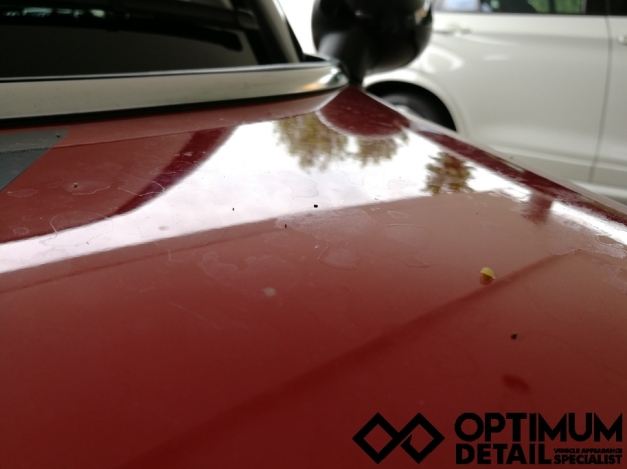 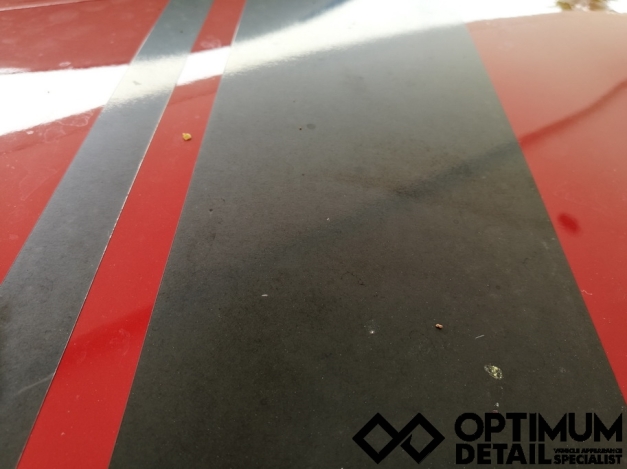 A closer look on the oxidation build up.

A very dirty and neglected area.

Deep swirls on the paint.

Or should we say, deep swirls with a combination of watermark stains. 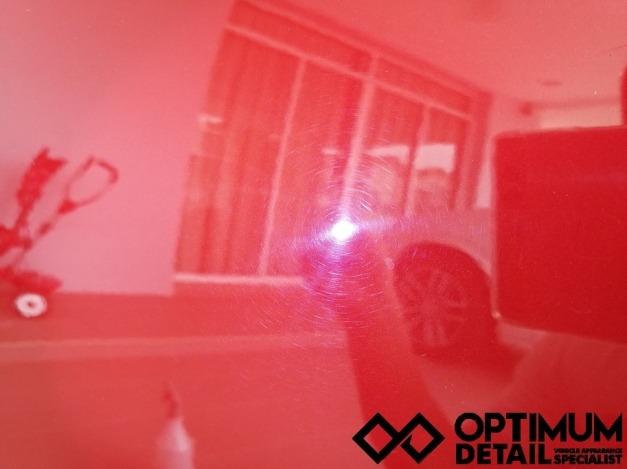 And when we thought that is the last of the damage? There is more.

We gave the car a detailed wash, cleaning all the window rubber lining, giving the entire car the clay treatment. Here is the clay before. 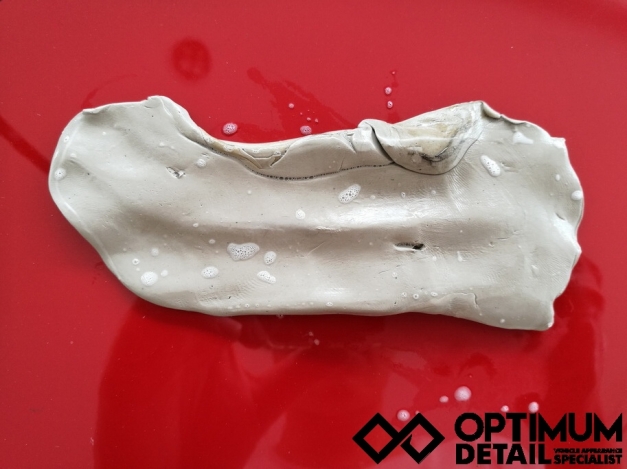 After claying 1 panel. You can obviously see dirt spots.

And finally a tar removal step. 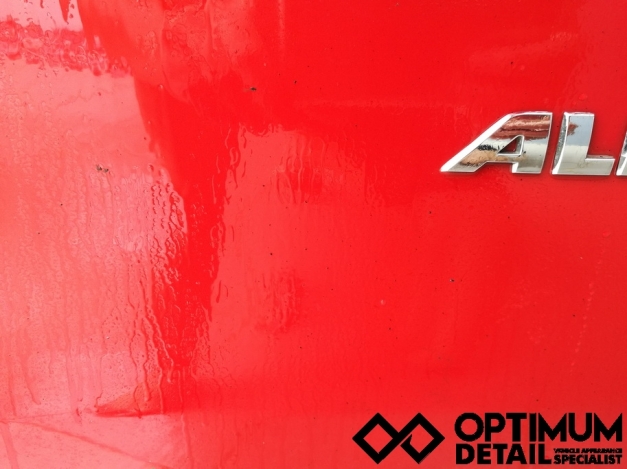 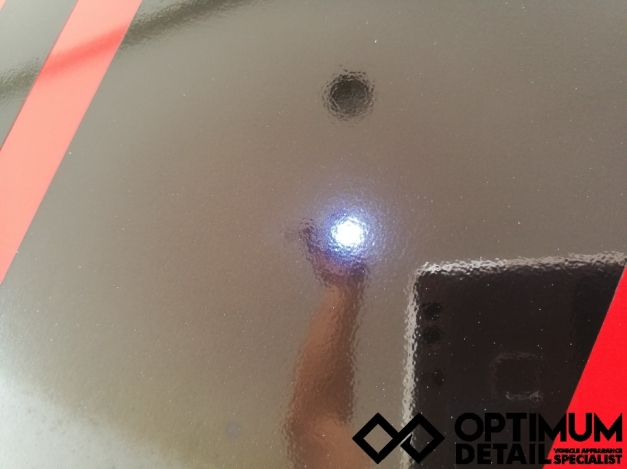 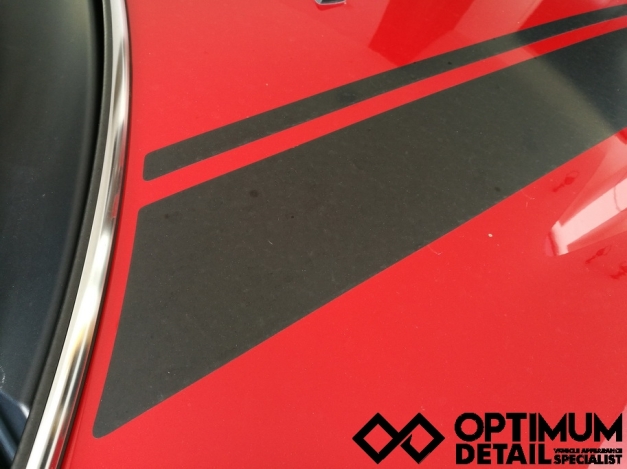 Here is general view of the restored decal.

We proceed to  correcting half the hood. Check out the difference.

The door pillars before restoration.

Because the paint was quite bad in shape, we only manage to restore this much.

If you didn’t get what we meant, the paint had some leftover damages that could not be restored.

After losing count of how many hours we worked on this car, we finally came to the finale of protecting the final finishing with Opti-Coat ™Pro. Check it out. 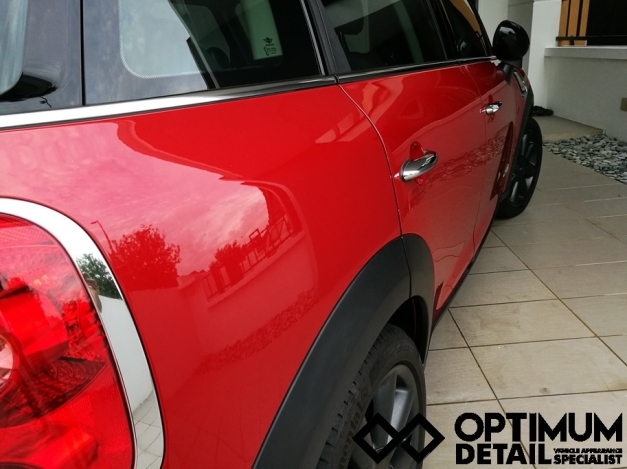 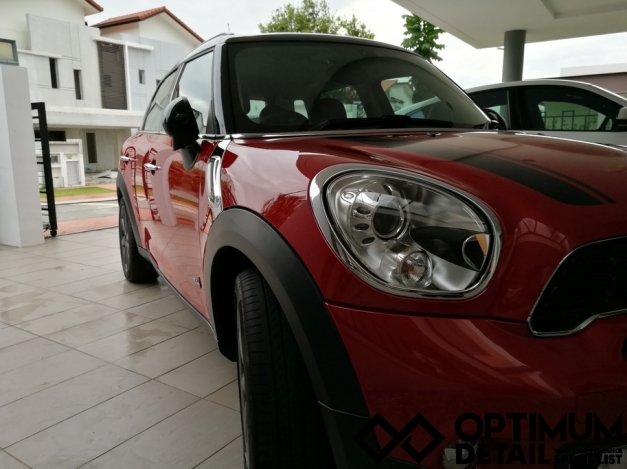 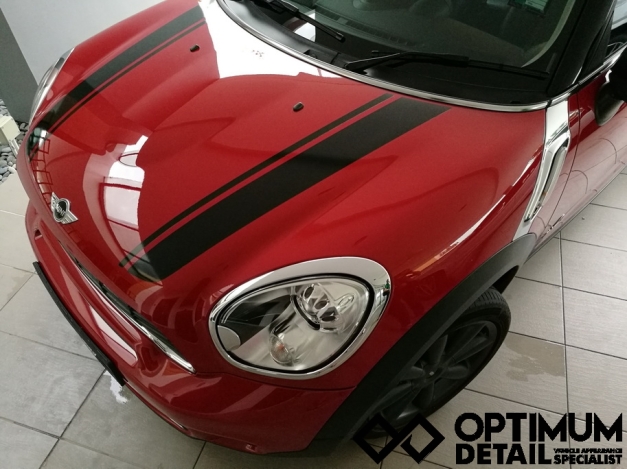 Upon arrival, we did our routine inspection to check the paintwork. The owner did notify us that it was brand new with less than 100KM clocked. 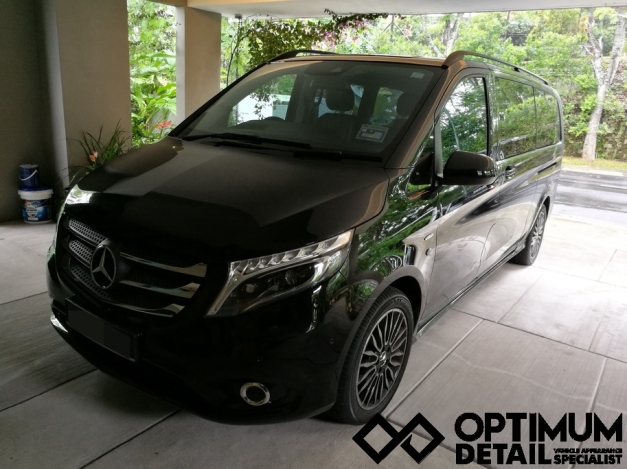 Our came our special LED to check on the paint. 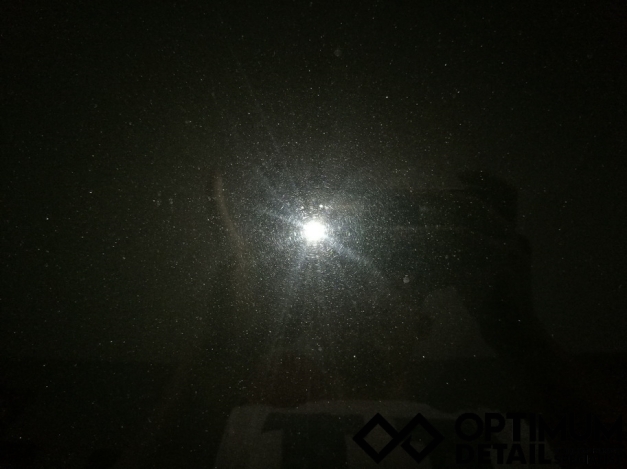 Some areas were just poor attempts of polishing.

Basically, its a brand new car, covered in washing swirls and the dealer definately knew about it. They did some sad attempts to recover the paint but failed miserably. 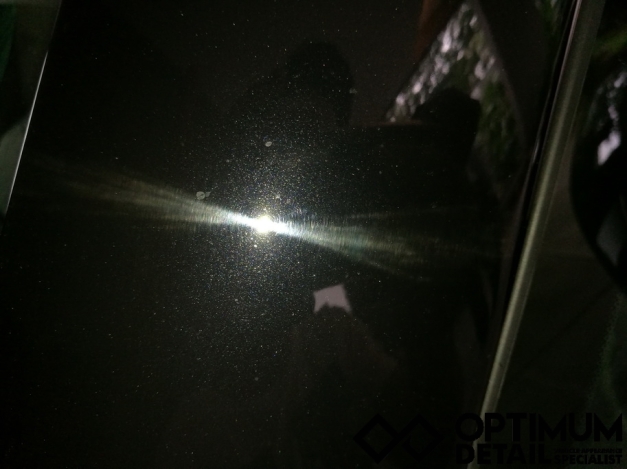 This is how the paint reflects under the natural 9am sunlight.

Well, That’s what we are here for. The washing begins.

But unfortunately it started to drizzle. So we had to wash in the rain and start on the front. 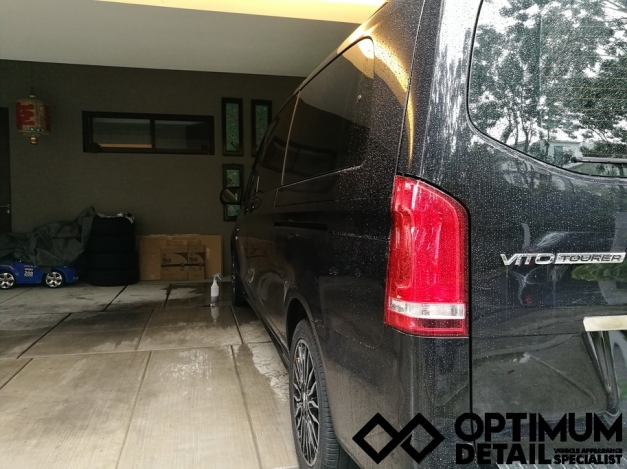 We started on the hood. This is a illustration of Before.

After paint correction and restoration. 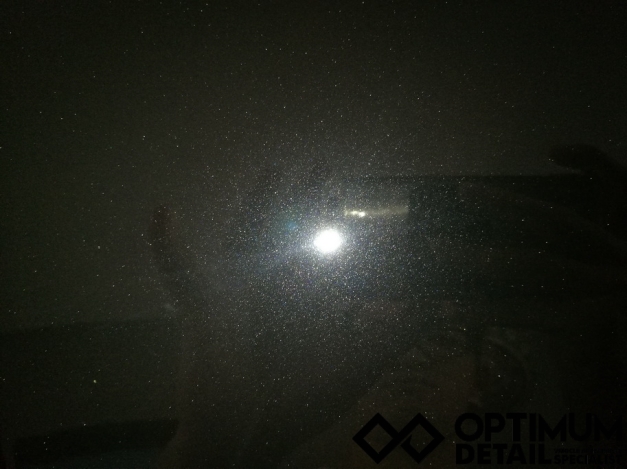 A closer look, there is still some very light swirls. 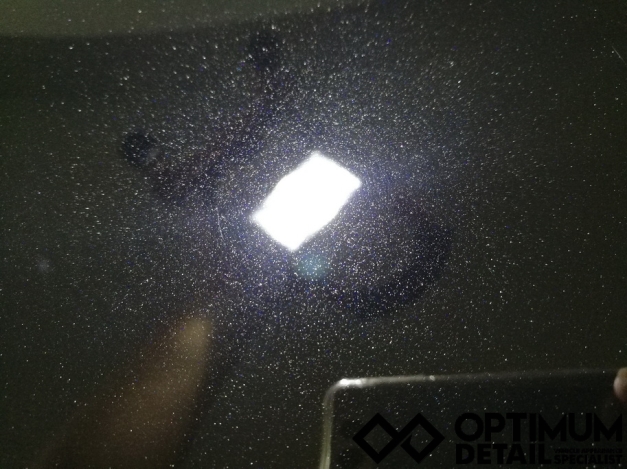 Before paint correction on another area.

The paint was not at its best state but we were pretty sure about our restoration.

Some side panels before paint restoration.

The same panel after paint restoration.

A closer look on the damage.

The door pillars were also a victim of these washing damage. (Left: Before ; Right: After)

Looks, can be really deceiving. Most shops in Malaysia uses this deception to tempt you into polishing your ride and coming out looking shiny. 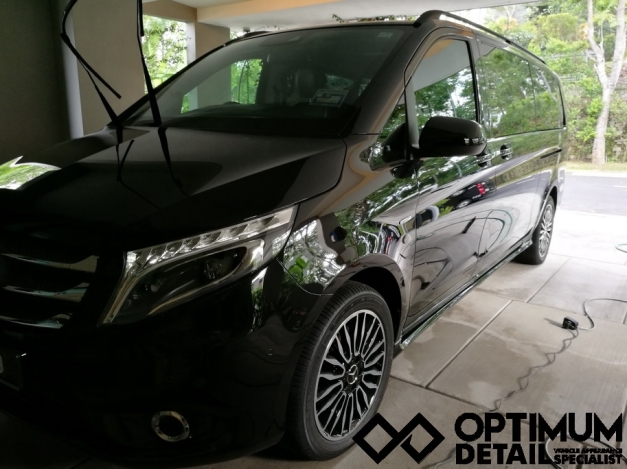 The same photo on a different angle. Purely sunlight. 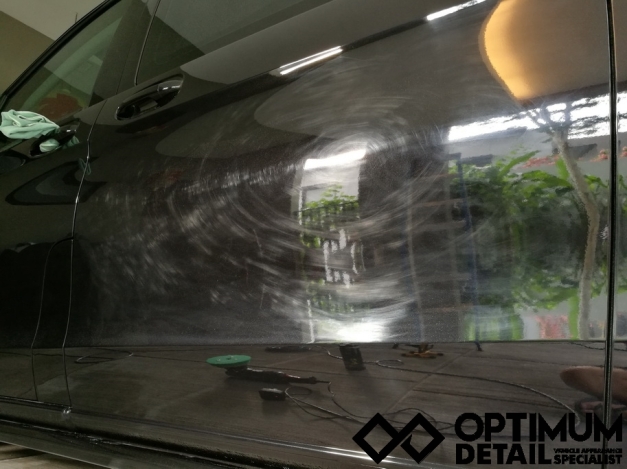 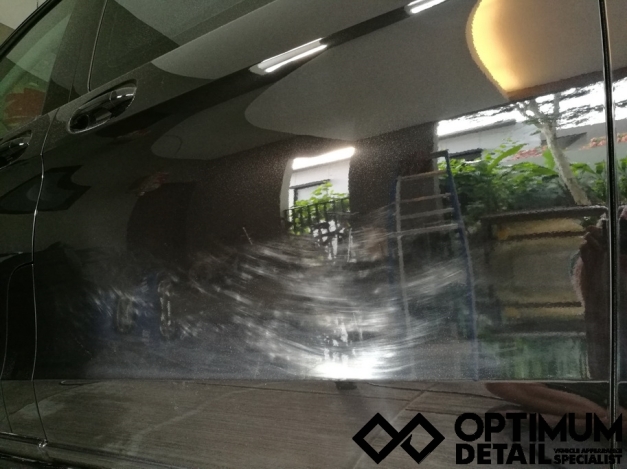 Fully correction. Like we said, shops deceive, we don’t. Every single panels is not neglected.

After much polishing, we finally restored the entire car. Time for a wash to clean up all polish residue.

The polish black wheels were in a dirty state when we first looked at them. 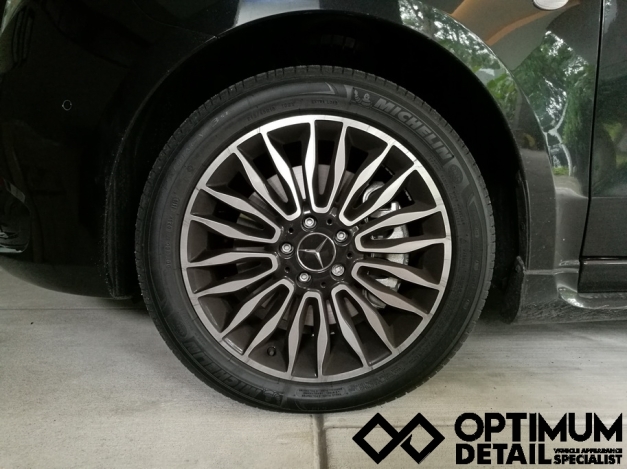 Rather common when it comes to cars like this.

Take a look at how thick the brake dust build up was. 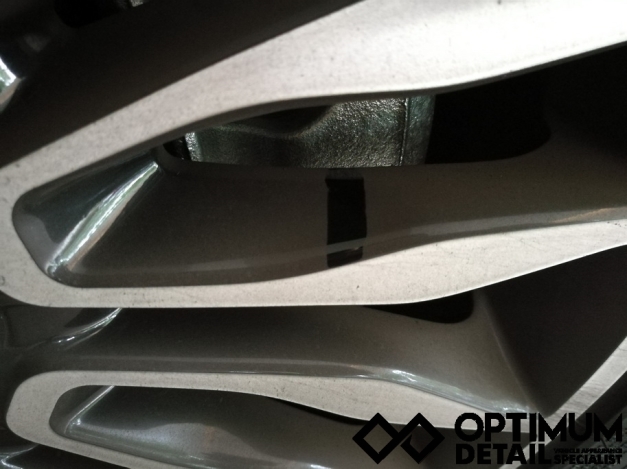 After much cleaning, we bling the wheels up.

The entire process took us around 12hours of non-stop working. We even skipped lunch for this, but it was worth every second. For those that didn’t know, all our photos are taken only with a phone camera with no edits done to the photos besides hiding the plates. 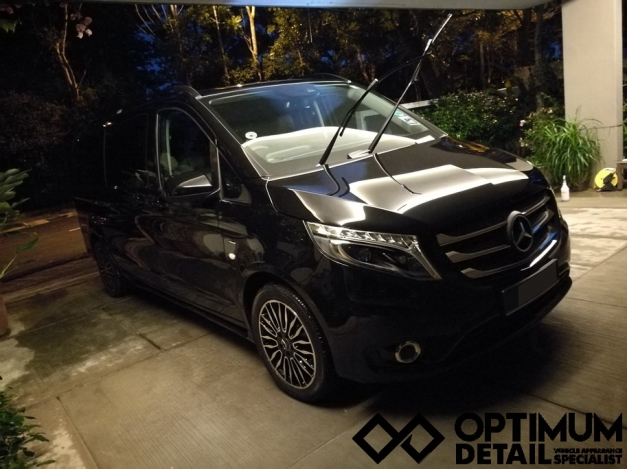 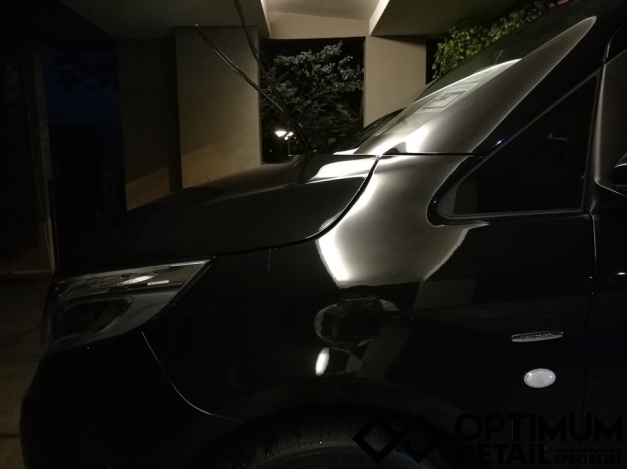 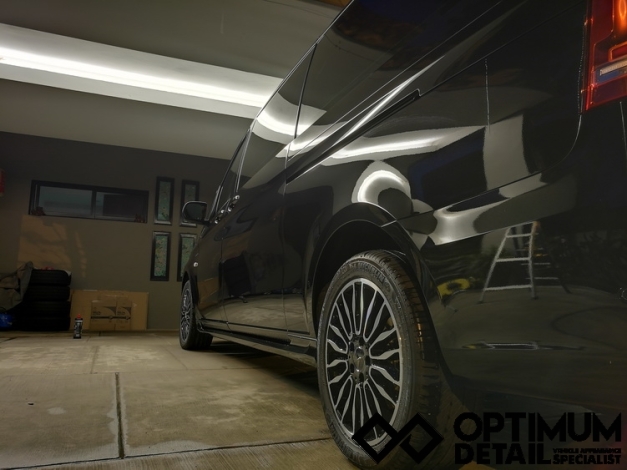