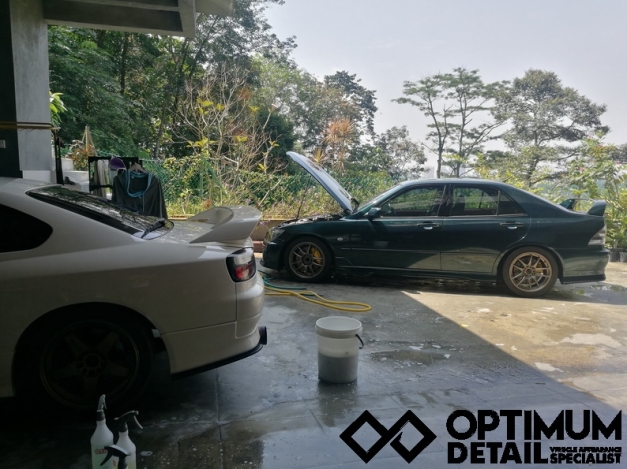 Not everyday our client had follow our work for many years and became friends with us. Today we are here doing a second round of paint restoration after the Tezza been repainted with the top of the line Glasurit paint. The client also had me purposely drive my weekend ride so that this photo can be taken. xD

Upon arrival, the car is just at the washing bay ready for us to wash. Being a repainted car, many end users always feel that there is no damage after a fresh paint job. But you are probably wronng. Here is why.

After the wash, we reparked the car back into the shade.

Looking at the car, the glasurit paint is really glowing.

Some glue marks are leaking down.

There were some unknown cement looking etching on the roof.

And also on the door handles.

And the typical paint shop cutting compound is very aggressive, usually leaving behind swirls and holograms.

When looking closer on the damage we spotted more swirls. 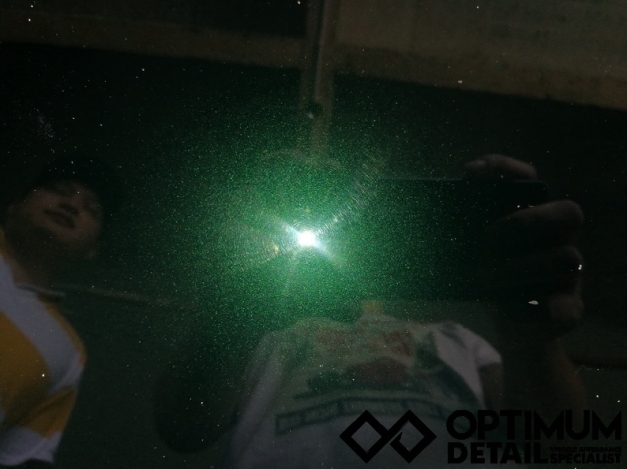 On merely a phone LED we can reveal how unrefined the paint is. 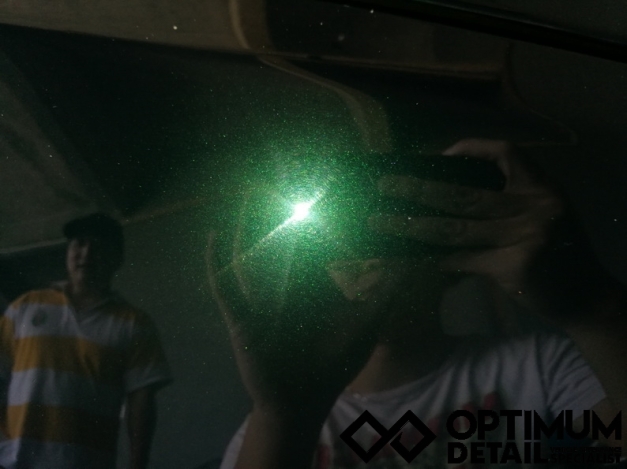 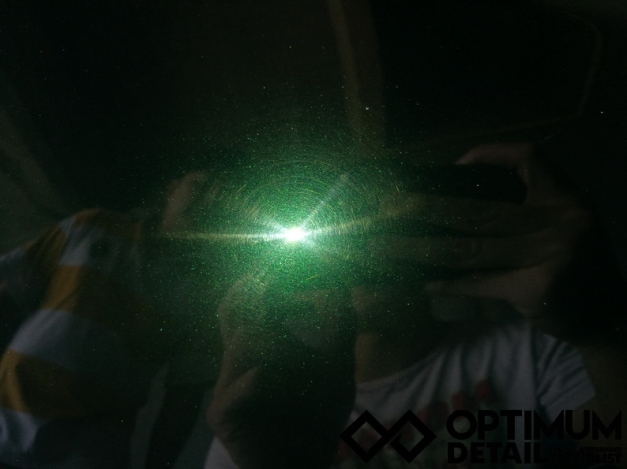 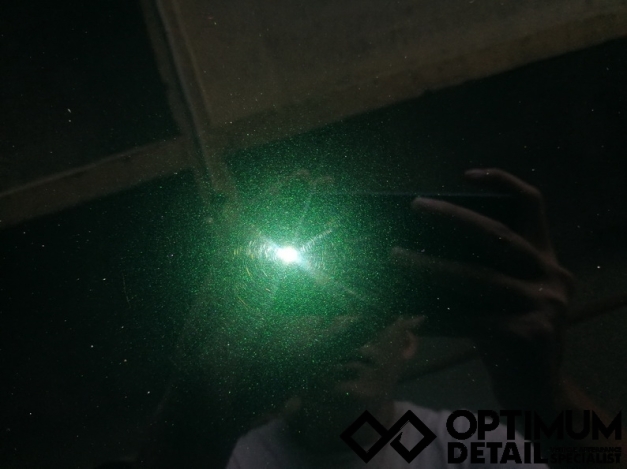 Glasurit paints are really a pain-in-da-a*s the correct. 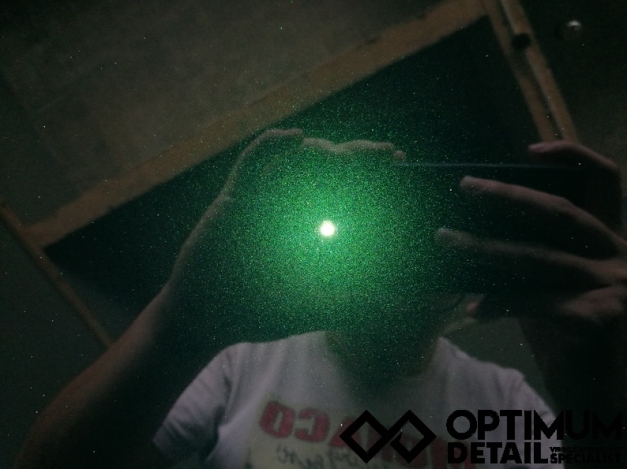 It took us many many passes to get to this finish.

As night fall we took closer photos of the paint.

About 10hours of paint restoration went into the paint to have it refined and smooth. The finishing? Is not something words can describe. Check out the photos. 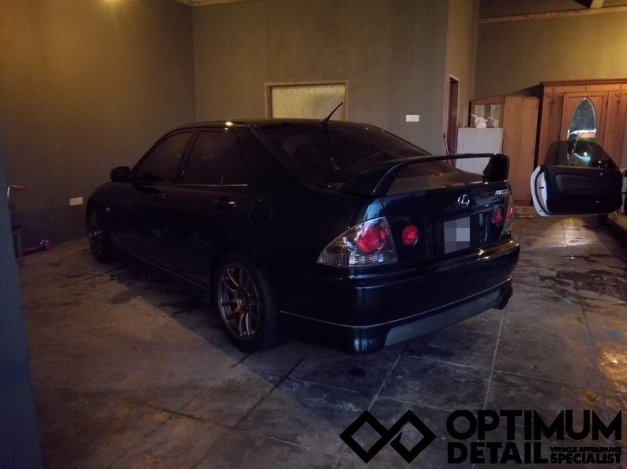 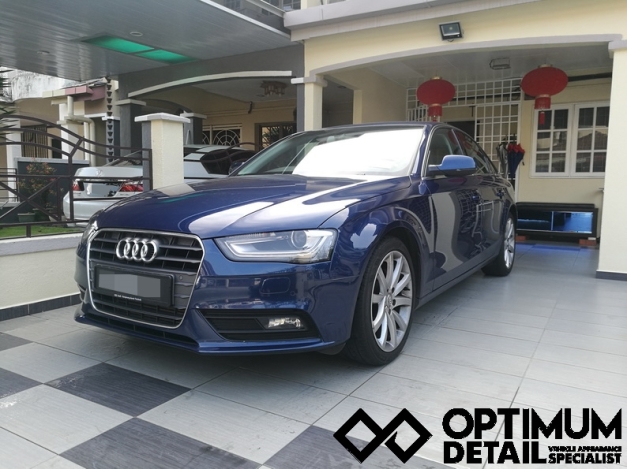 We have with us an Audi A4 that was the owner initially wanted just a light polish. After diagnosis, we found that the paint was in pretty bad condition. During the restoration, we were able to restore the paint to a near spotless condition. We advice the owner that its was OK for coating, Hence he opted for our Optimum Lustré.

Upon arrival, the car seem to look clean and still rather glossy.

Coming closer, we can see some muddy water splash probably from rain. 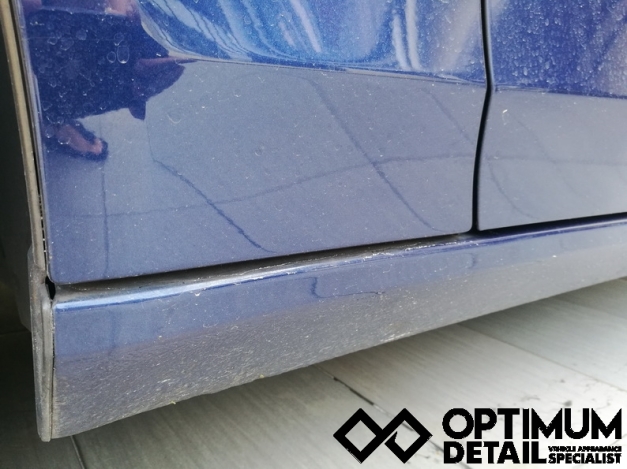 Watermarks are one of the most common paint contamination faced by almost every Malaysian car.

Because this car was is Ipoh, Perak. The water mineral content there is rather high, causing a heavier watermark stain situation.

Coming to the paint condition, we were able to see some aged swirls.

Because this is a second hand used car, the existence of swirls is perfectly normal.

Swirls and watermark spots visible on the fenders. 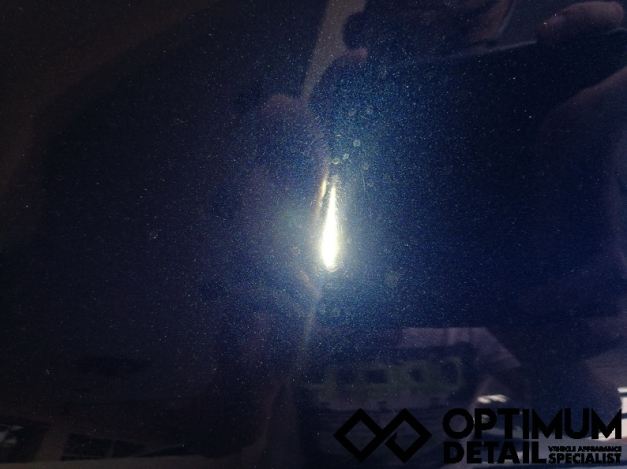 More swirls on the front bonnet. 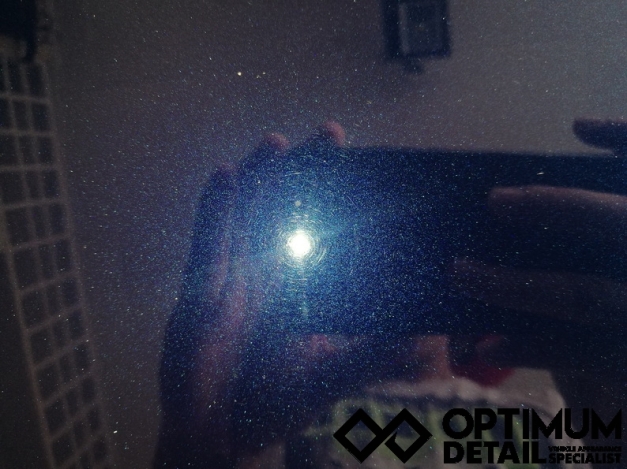 Spotted a deep scratch on one of the door.

Taillights had suffered quite abit of swirl damages as well.

During the wash, we were able to spot that the surface had zero protection.

We clayed the surface. This was the clay before. 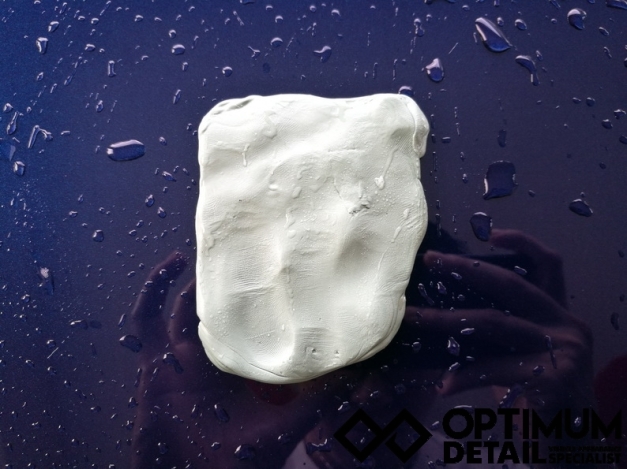 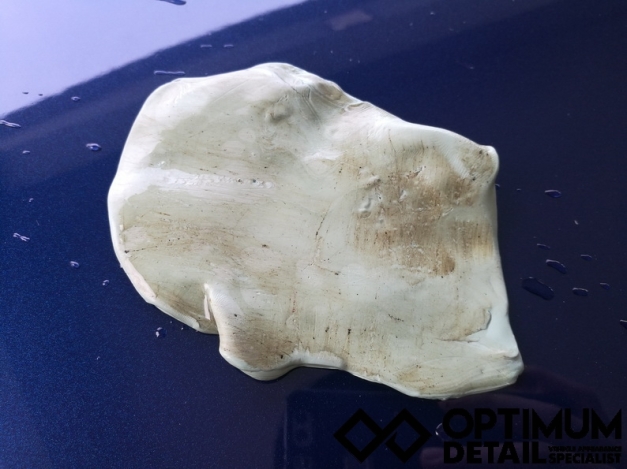 After completing the claying procedure, we moved on to the deep scratches first. Before.

We were only able to reduce the scratch while the surrounding scratches were removed. 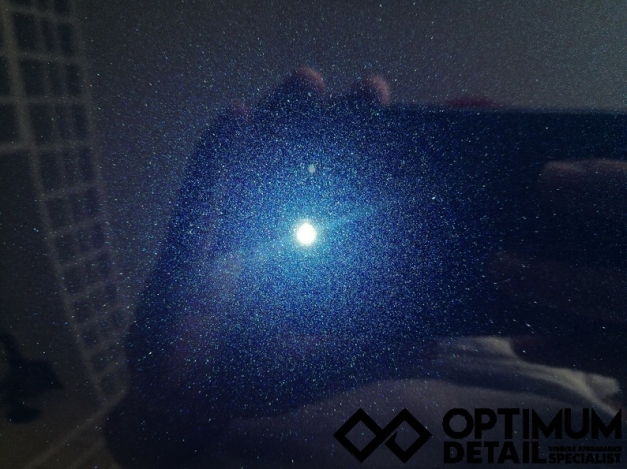 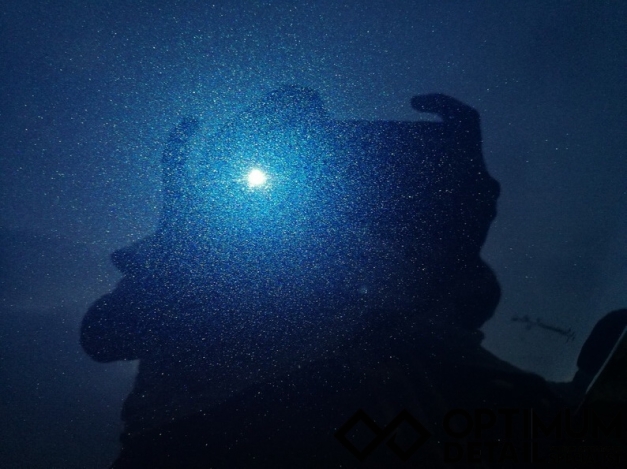 On the roof, there were some minimal damage left over, bare in mind that the paint had never been polished for many years.

Just a few passes of polish and you can visibly see a difference in tone. (Left: Corrected)

Taillight damages are rather hard to perfect. But here is our attempt. 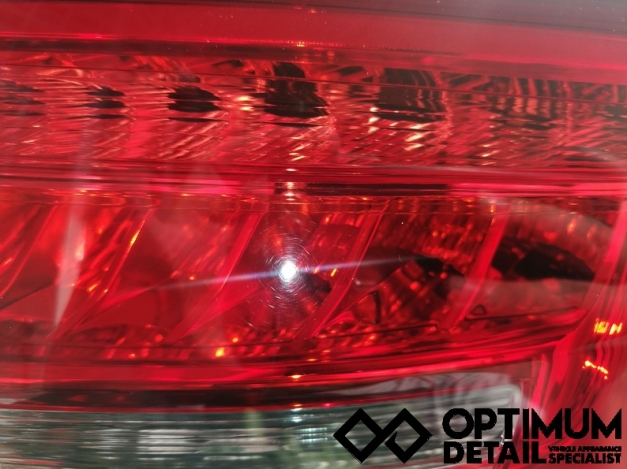 After. Although its not perfect but the difference is still massive. 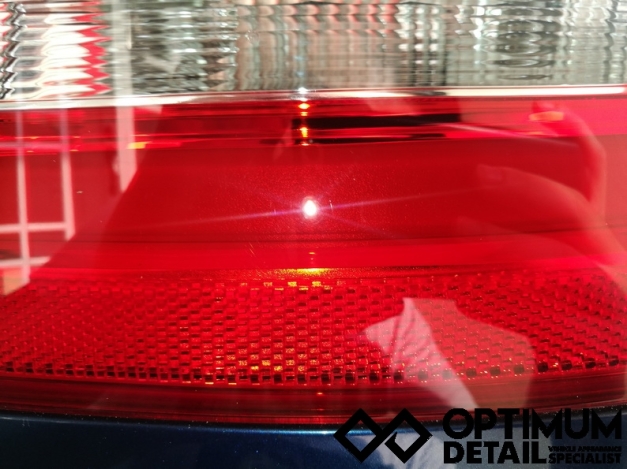 The windows were stained with watermark and is affecting the driving visibility.

See how massive of a difference.

After many hours of Paint restoration, the finishing Optimum Lustré was applied. Check out the glossy finish. 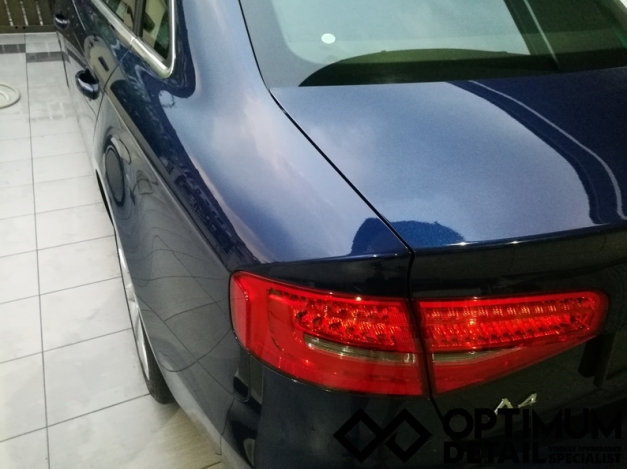 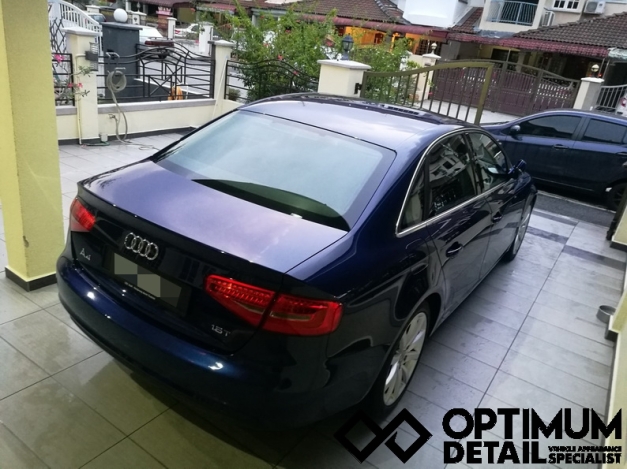 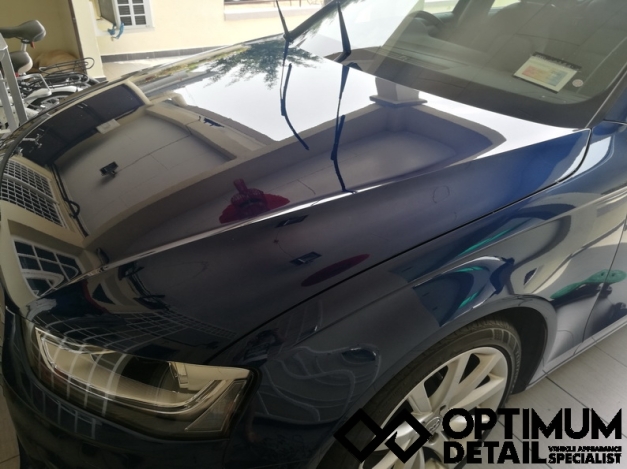 Posted by joshlai on June 5, 2018
Posted in: Detailing. Leave a comment

There are times when we overlook at getting necessary protection for ourselves and our passengers, the fact that most of us are spending a fair amount of time on the road in our car.

MSIG Driver’s PA Add-On offers the PA plan that covers both the driver and passengers.

*For Comprehensive Private Car only. Terms and conditions apply.