Posted by joshlai on August 21, 2014
Posted in: Detailing. Leave a comment

The Nissan Fairlady, as iconic as it is, this specific car belong to one legendary lady driver which never had enought of this sweet ride. Being said, it had never had proper pampering for the past 9 years just because she didn’t trust no one until she found us.

From the first glance, she looks dull. Paint is definitely not in a good shape at this point, but of course, that is why we are here.

We first inspected the paint with a high powered LED and found holograms from the recently repainted panels.

While on the paint that was already seasoned, we found swirls. Very heavy swirls. 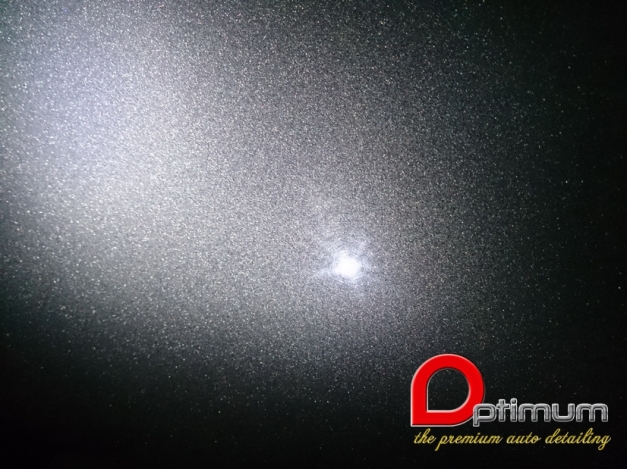 Being the colour of this shade, it is rather hard to capture paint defects, this is a perfect example of “just too much swirls deflecting the light”

Some areas were in black, hence you are able to clearly view the swirls and holograms.

On the paint, there were also some areas affected by holograms.

Being a 9 year old Japanese import vehicle, its a very common sight to see the headlights oxidized or what layman describe as “turning yellowish”

Clarity will be affected when these condition are found on the headlights.

Not only are the headlights affected by oxidation, it also faces micro cracking behind the lens. This is due to the heat coming from the HID bulbs that are factory fitted.

Most car washes does not and will not wash your tyres. We do. 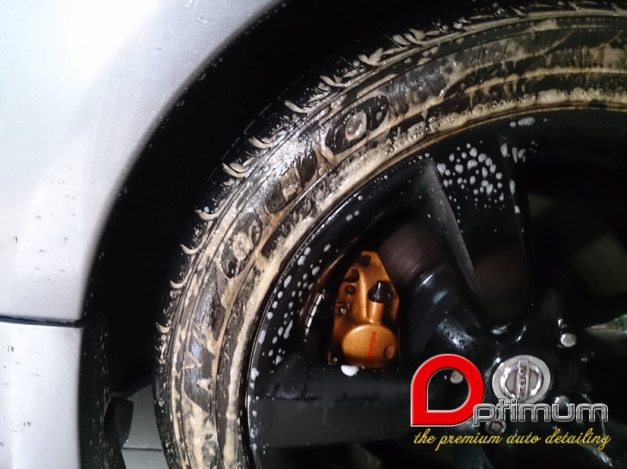 This is merely from 1 tyre and we are not cleaning the rims yet. 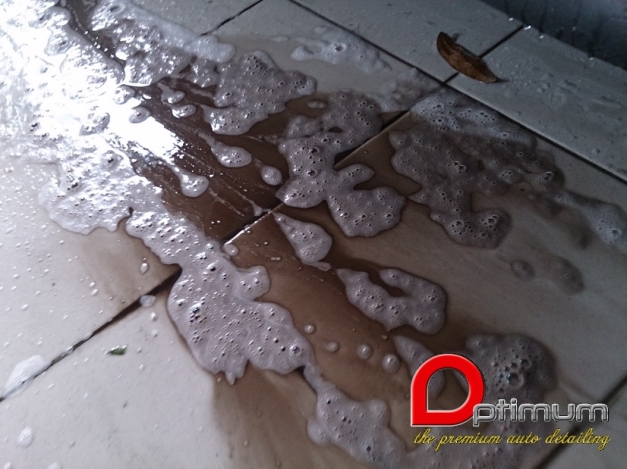 When we were done with the tyres and wheels, you have here, the naked looks of the matte painted wheels. 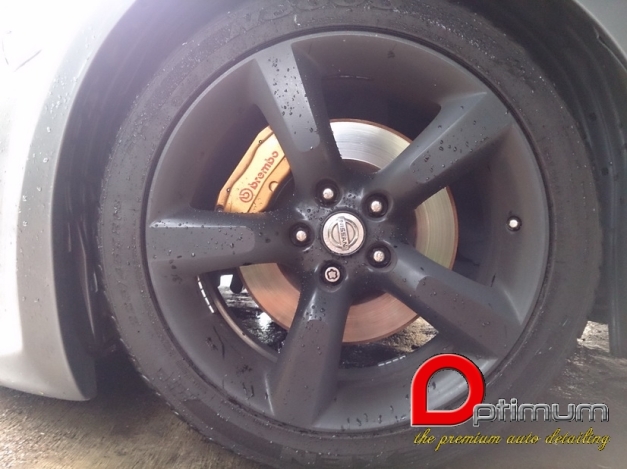 For the correction, we focus more on the percentage of recovery and try to achieve the best result.

After washing, we see the unprotected surface. Paint surface was very very coarse. We had to clay multiple rounds.

After claying, we washed the car again and started the paint correction process with the Rupes Big Foot system. 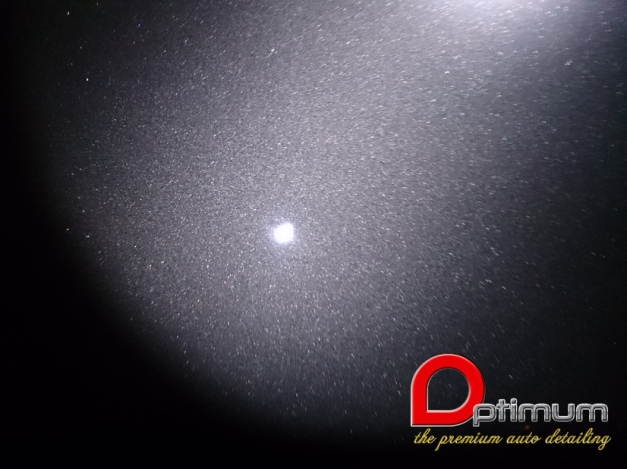 Results was pretty impressive. 90% of swirls were removed.

Paint condition after the correction was good. Almost at a 90% recovery.

As for the black painted panels, the correction was not that successful as the scratches were just too deep. We were able to restore the gloss and shine but were unable to correct to flawless conditions. *Note: black panels were fibre panels and paint was already cracking.

Tested the clarity of the beam, and finally, the owner herself said it looks much better. 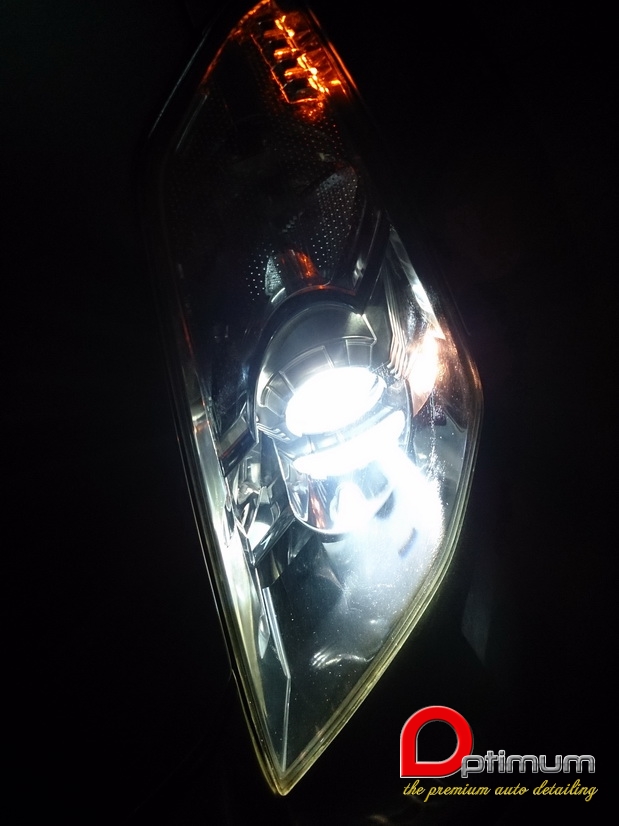 Bam, the results was a jaw dropping gloss and shine. 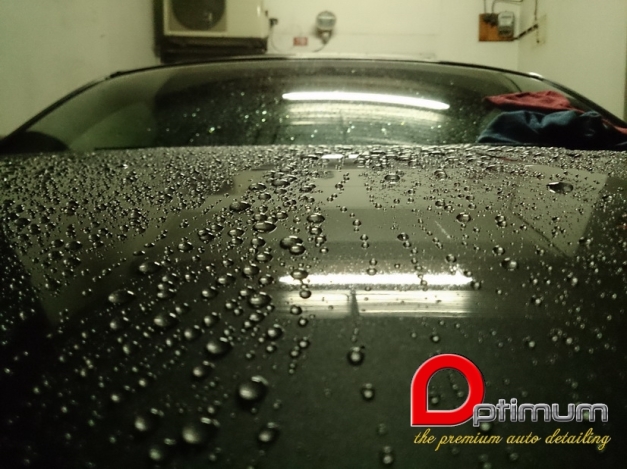 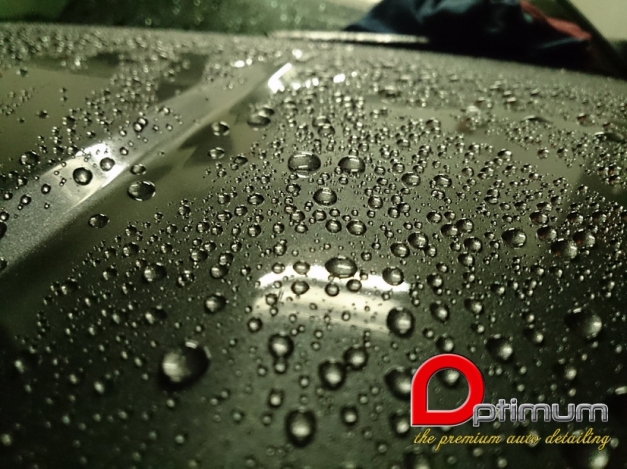 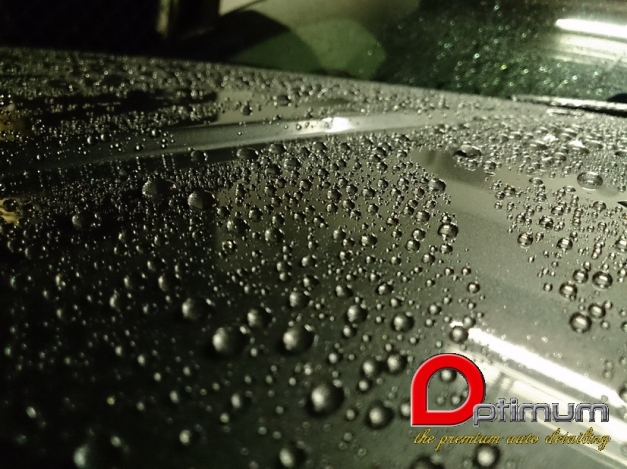