Posted by joshlai on August 19, 2014
Posted in: Detailing. Leave a comment

Black is one of the most difficult to deal with colour, difficult to maintain, to upkeep from scratches and also prone to lots of visible dirt and grime. We have with us today a Black Mercedes A250 Sport, one of the most hyped and wanted hot hatch in the market at the moment. We were given this special opportunity to fix up this ride.

Looks in this specific case, can be very very deceiving. This is a upon arrival look of the  car. 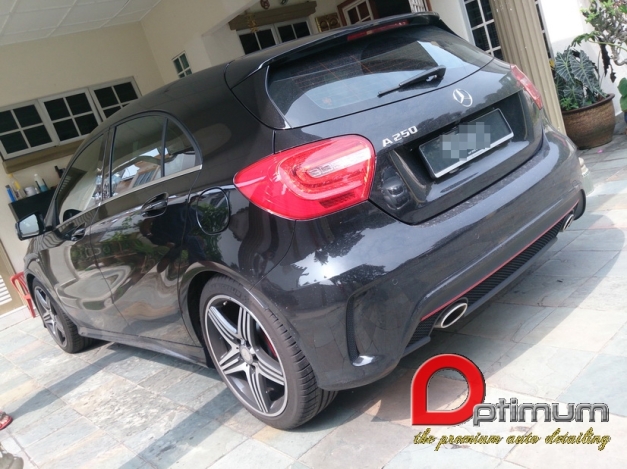 As we move closer, there you go, the standard dirt, sand, road grime after the rain.

Much splatter from high speed driving as this sweet ride can really drive fast.

As we inspected further detail, we spot the wax residues all over the trims, or is it just wax? 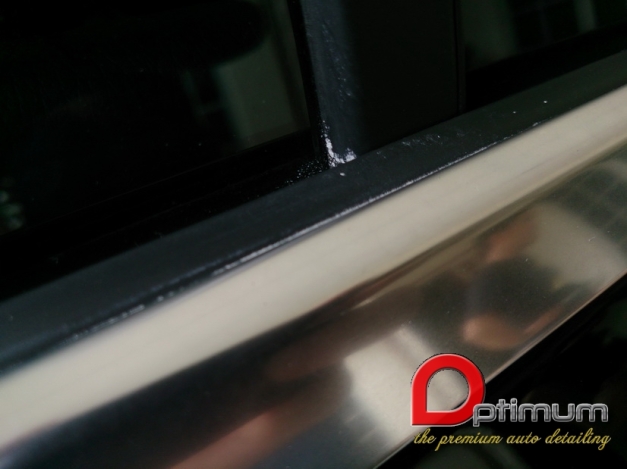 On the emblems as well, we found residues. 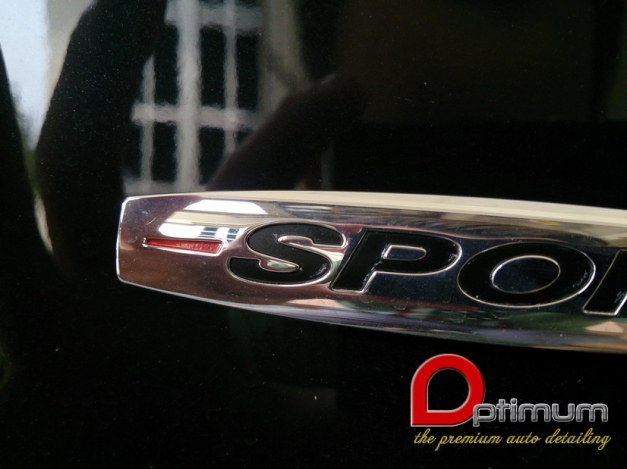 We expected the worst for the paint condition, and we were right. It had been polished and further damaged. 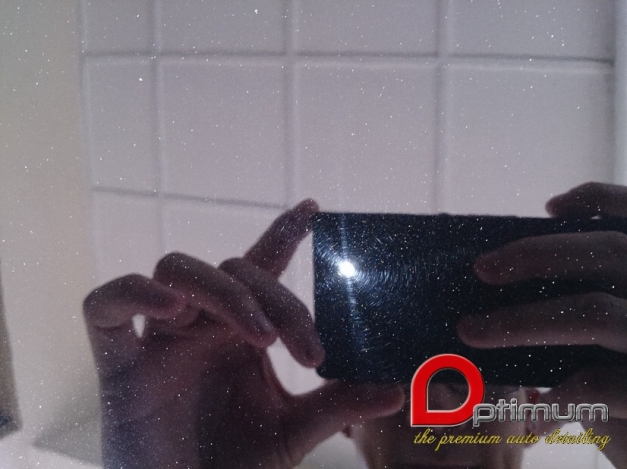 Without hesitation and full of excitement of detailing this ride, we first washed the car of all impurities. What a difference.

Moving the the paint correction, it required multiple passes on the Rupes BigFoot System. Remember Before?

Wheels can we one of the most dirt collecting, dust covered, filthy area of the car. Some attention had to be place on them.

Up close, small holes will be the dust collecting pockets. 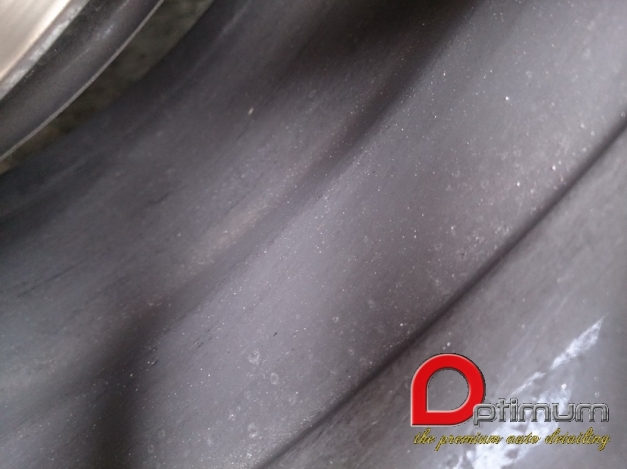 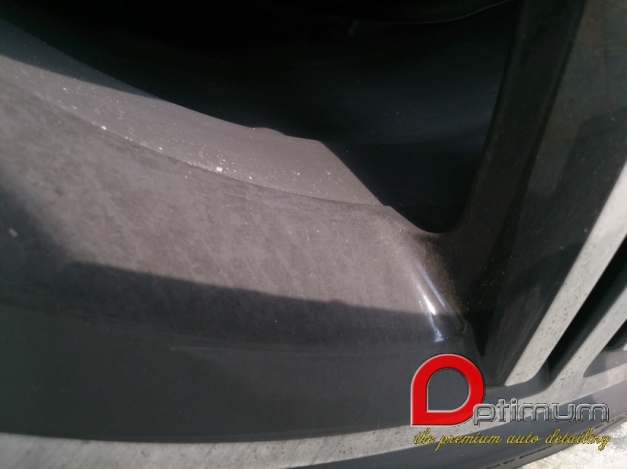 Final outcome from detailing the wheels, and after coating. 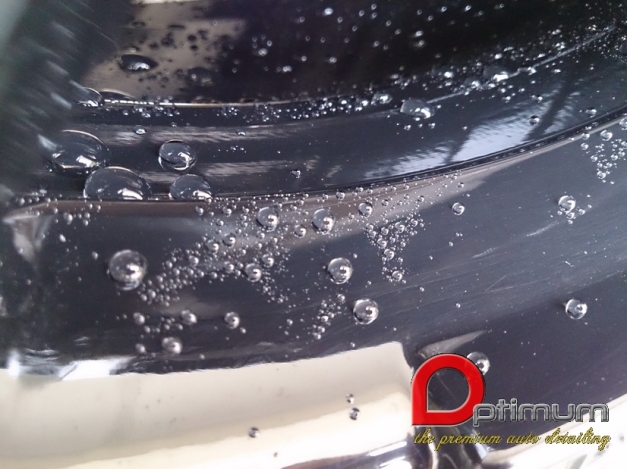 For the final results, after coating. 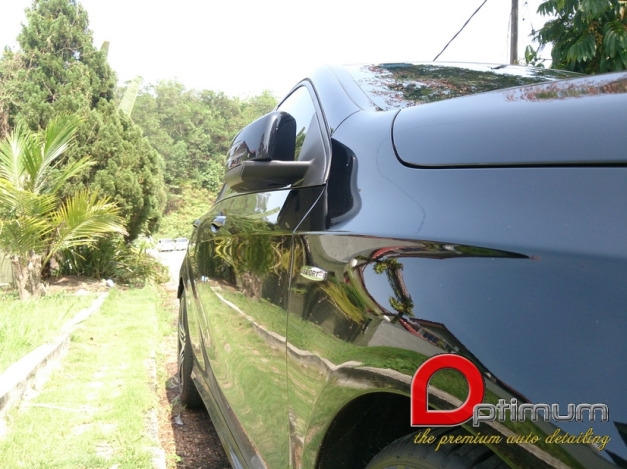 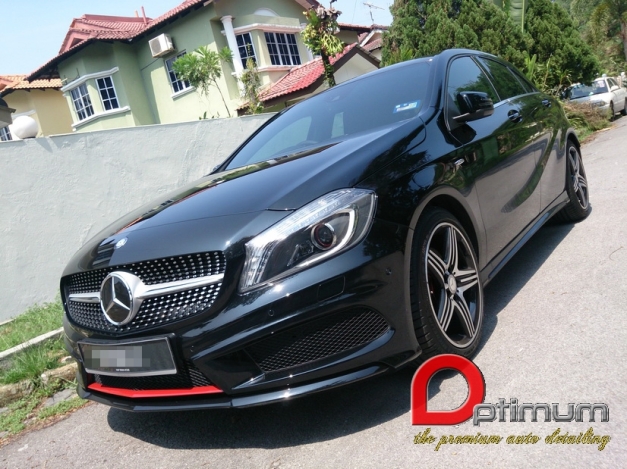 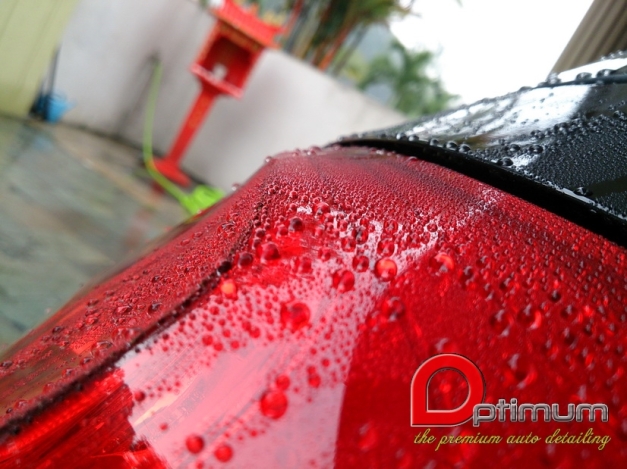 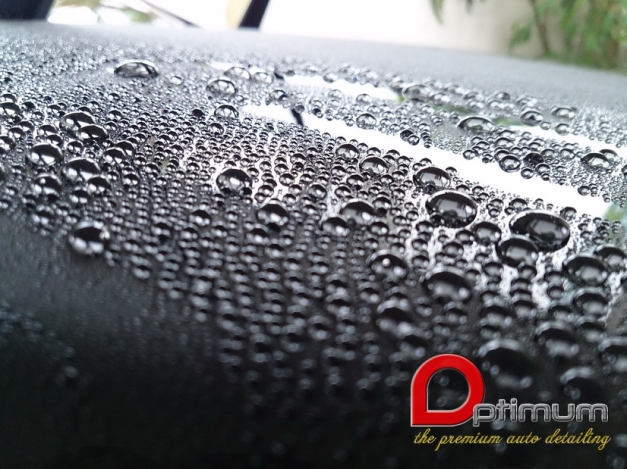