Posted by joshlai on December 24, 2013
Posted in: Detailing. Leave a comment

We are here today far from our home turf for a special car. Not just any Scirocco, but a R. The R specs are usually mad rides, which more ponnies under the hood, bigger brakes, bigger boost, bigger everything. We traveled middle of the night to reach here early, very early in the morning.

When we arrived, the car wash not even out from the warehouse. We had to wait. 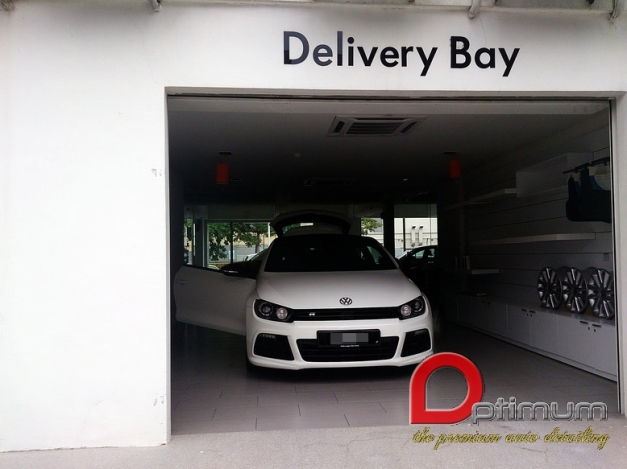 Upon arrival at the Delivery Bay, we inspected the car for defects as we will be performing the Post Delivery Procedure. Initial looks would be clean and not stained. But as we explored further while waiting for the owner to arrive… 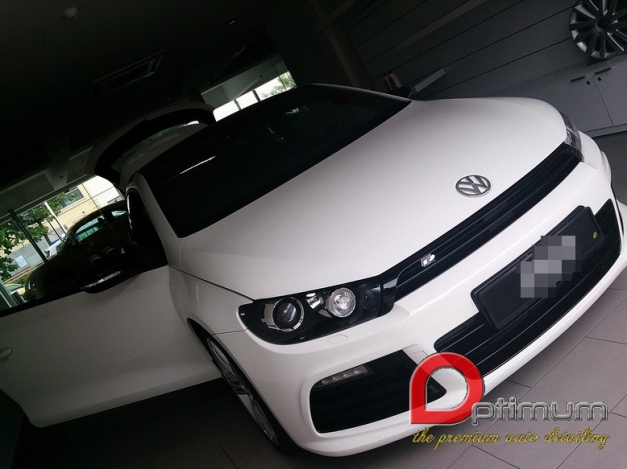 The back was rather dirty from rain water and dust. 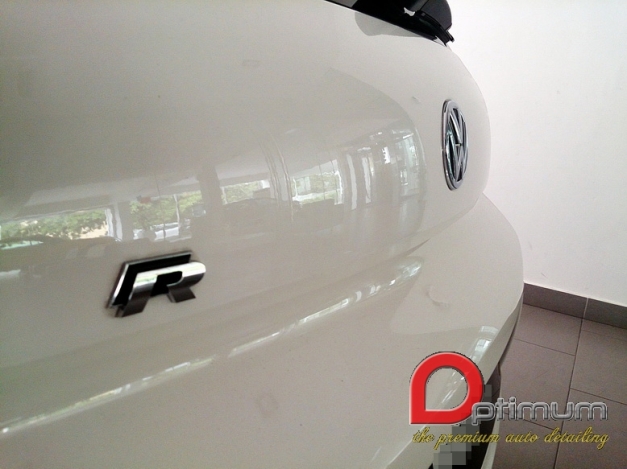 We understand that most cars are delivered with the plastic film on the roof, this one had it too but when removed, glue residue still remained on the surface, dirt and dust landed onto those adhesive and became stains.

This would definitely be the plastic film that caused this stain. Normally the personalle in-charged of the post delivery would use solvents or thinners to remove these marks. We preferred the safe way.

Fortunately for the paint, it had no swirls, no scratch and no watermark issues, We assumed it had just reached the ports.

And the owner arrived, He lead us to a location where water and electricity is available and we started the correction and prep works.

Its pretty obvious the paint lacks protection, water did not bead, surface was not smooth.

Rain stains were all over the emblems as we cleaned through. 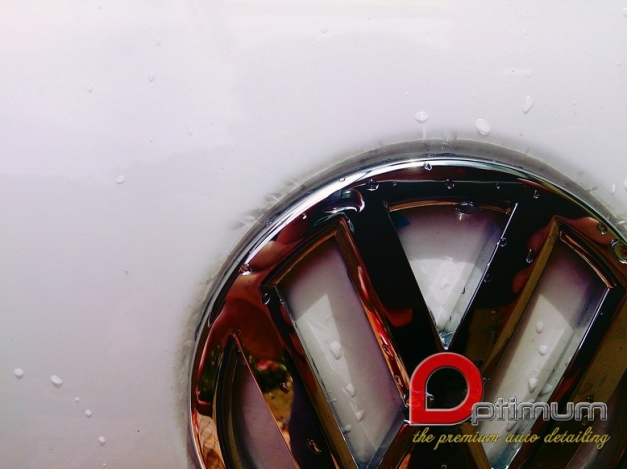 These areas were not neglected although we don’t always show our entire process flow. Its just too much time spent on photos instead of the car.

A better look after rinsing off and cleaning the dirt on the roof. Water seems to look rounder on a clean surface.

We dried off the car after intense 3hours of washing, double checked the surface for any swirls and scratched. Here is a sun shot.

Like they all says, sun never lies, always reveals everything.

Since these were very exclusive wheels only available on the R, we certainly did our very best to reach deep in and clean.

The barrel of the wheel was filthy and covered with brake dust although barely a week old.

And the Afters simply blew the owner away for our passion to deliver. 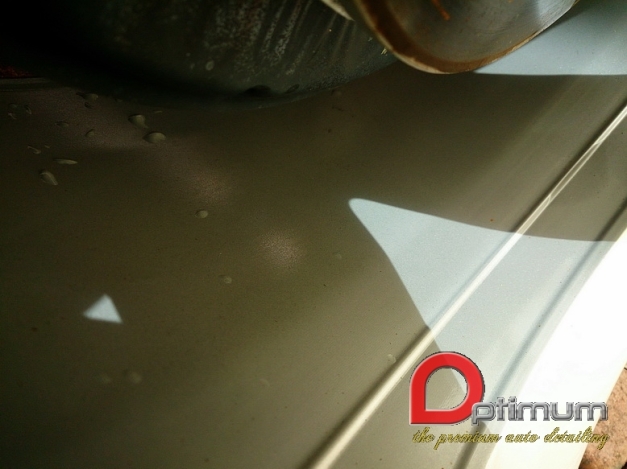 The wheels were then Opti-Coated and left to cure for the next few hours. Here is the effect of the After Coat. 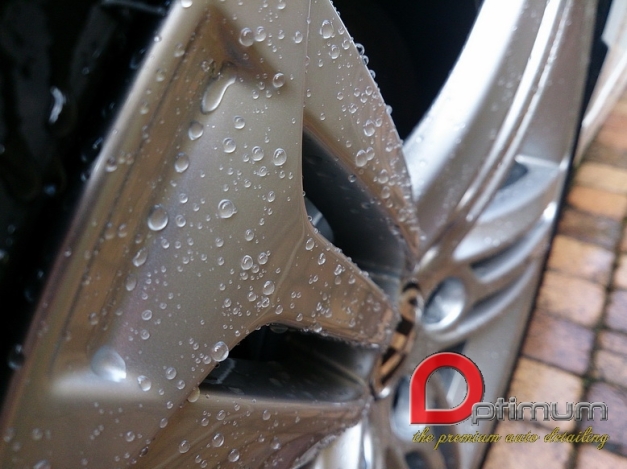 We just love the looks of ally wheels after coated. The curves and arches just pops out.

After a full day of 8hours working on a car that is barely 50KM on the ODO, we present to you. The Scirocco R, Renewed. 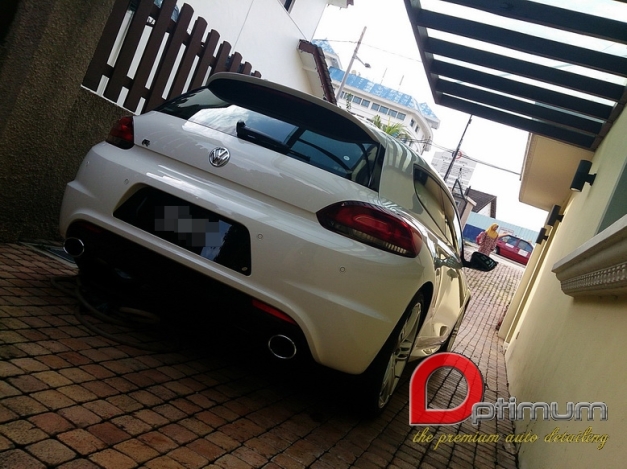 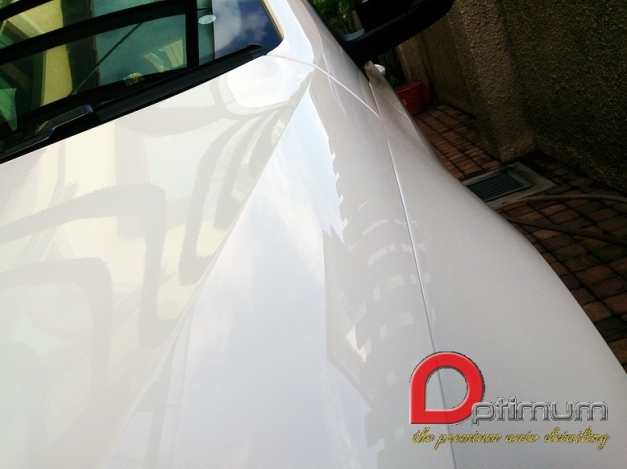 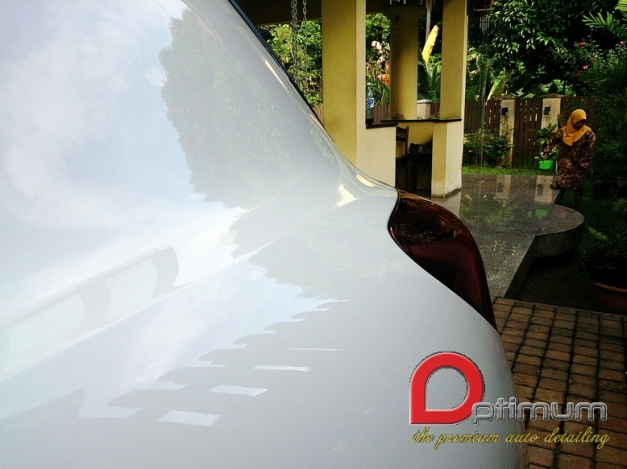 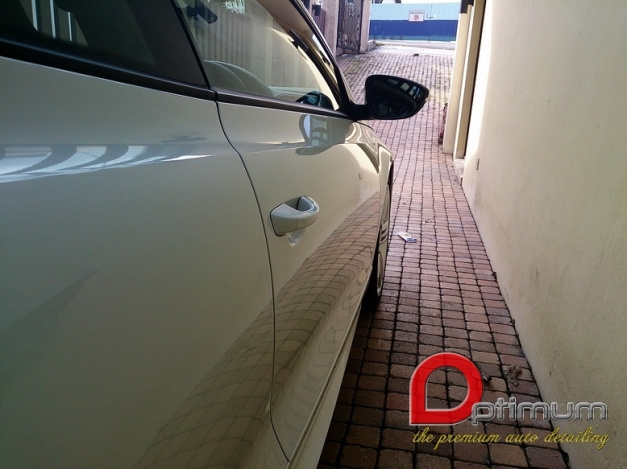 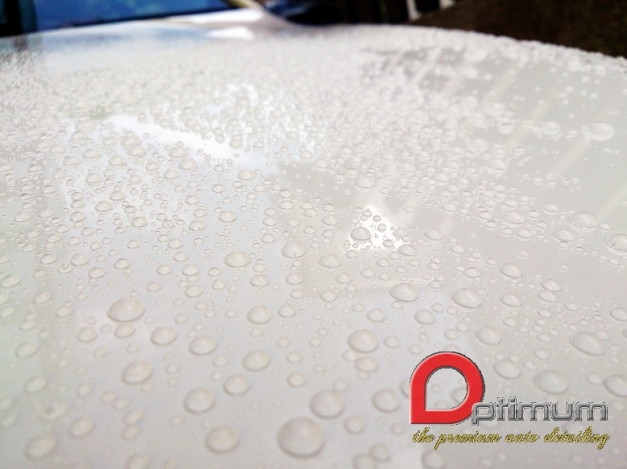 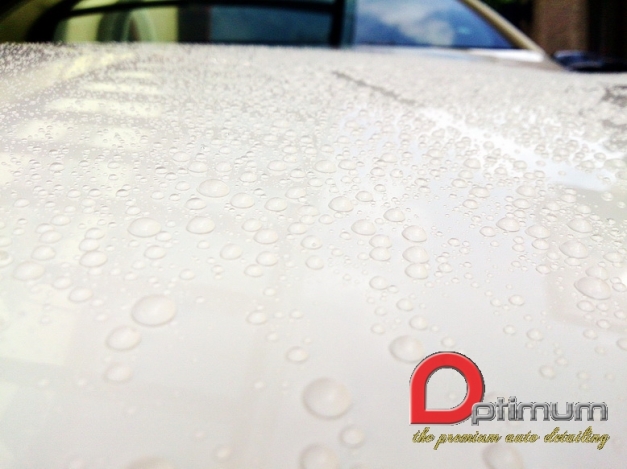 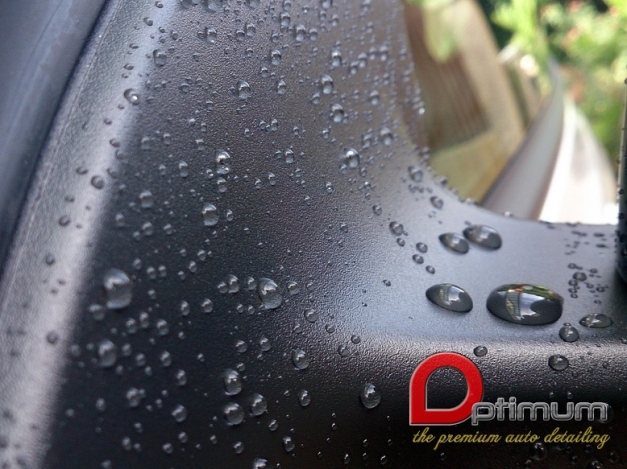