Posted by joshlai on January 15, 2013
Posted in: Detailing. Leave a comment

Introducing a miniature version of the distant cousin of the GTR, This is a Nissan Teana we are working on today. Being a 1 year old car without any wax, polish or whatever related car care treatment, this would be one hell of a Resurrection instead of a correction!

We first arrived early in the morning, the first thing was to get the car squeaky clean, hence we started off with a bubble hand wash. After That we moved on to inspection. 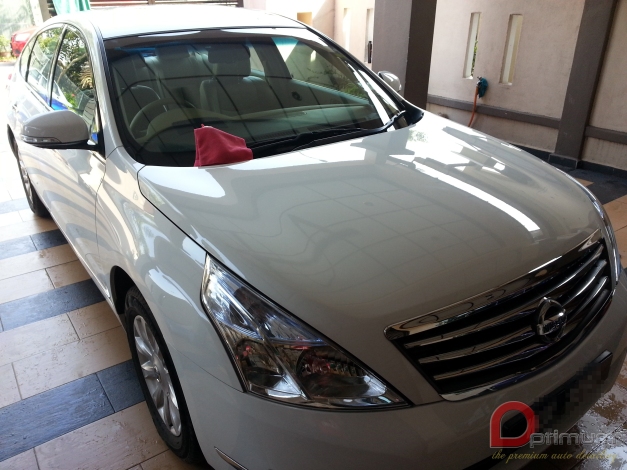 Looks can be very deceiving for a white solid colour car I guess. The looks of the car when its clean is glossy and shiny but… 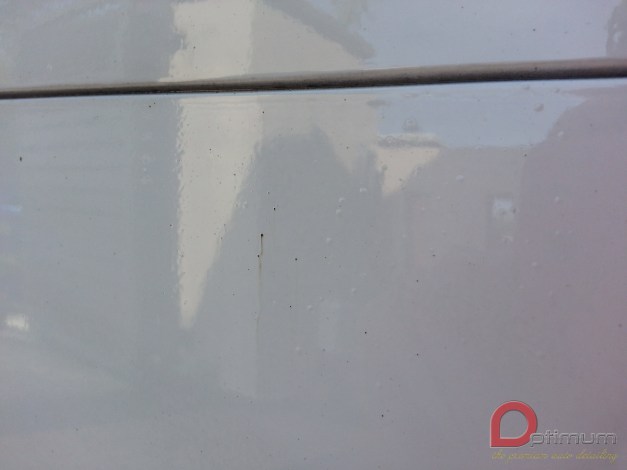 It was covered in tar spots that we removed with our paint safe tar remover. It practically melts the tar and we simply buff it off with a micro fiber towel! Then it came to the surface of the paint… 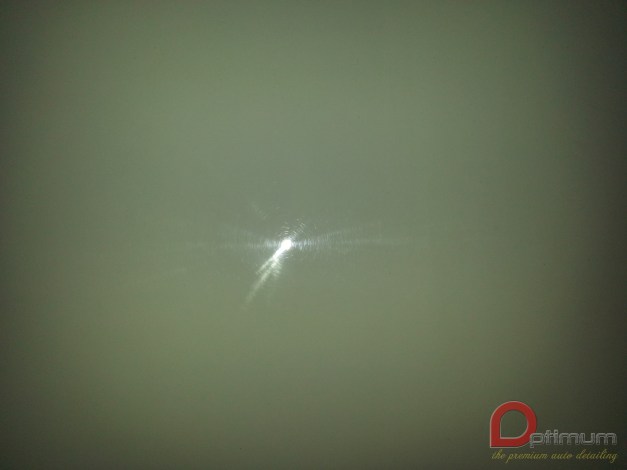 There were traces of swirls and holograms all over the car. Swirls from the constant low cost washing and hologram most probably from the FOC polish during “new car delivery” that most car dealers would do for their new customers.

Another area of the hood which is still covered in similar swirl damage. We did not use halogen lighting because for Solid colours we prefer LED for better vision and better visibility on the damages we are going to correct. 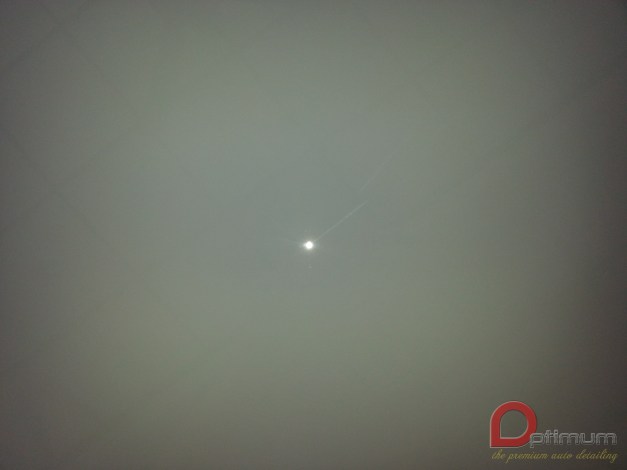 For the correction, we had used an aggressive compound on a wool pad. In the illustration above , you can see that it is not a perfect correction yet. This was step 1, purely after compound. We got to know that the paint was in a rather soft state and it will be risky to continue on with a rotary finish, hence we move on to a Dual Action polisher to finish the soft paint. 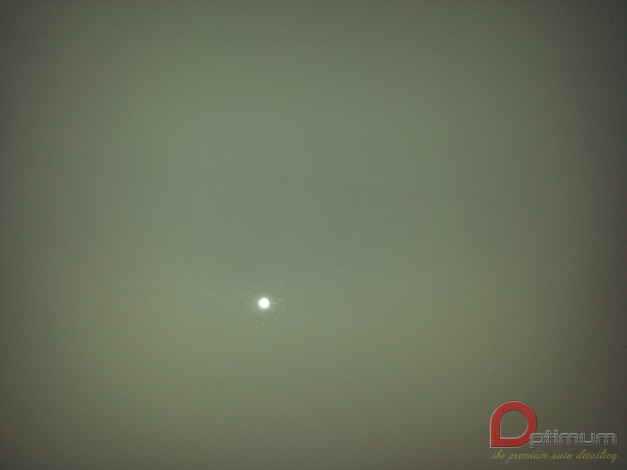 Here is a well defined perfectly corrected surface with some minor stone chip marks which is unavoidable. But we are satisfied with the state of the paint after correction. We briefed our client about the condition and moved on to the coating. Since we had used up alot of time on the correction and because coating has nothing much interesting to show, we shall skip to the results.

I will not speak much on the results, So you be the judge =) 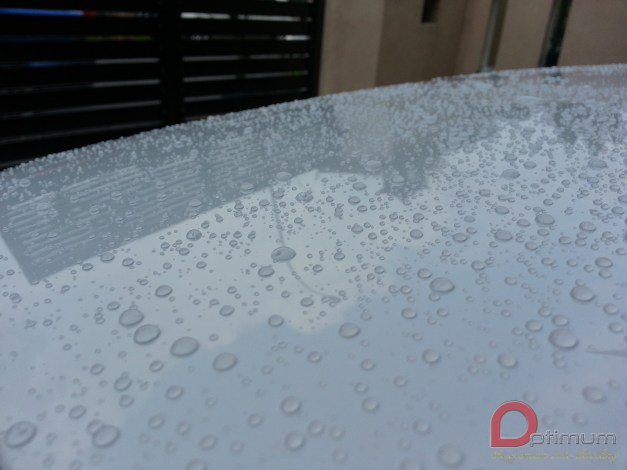 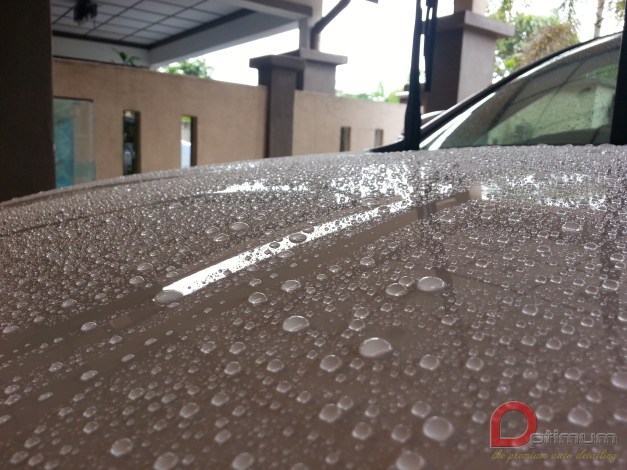 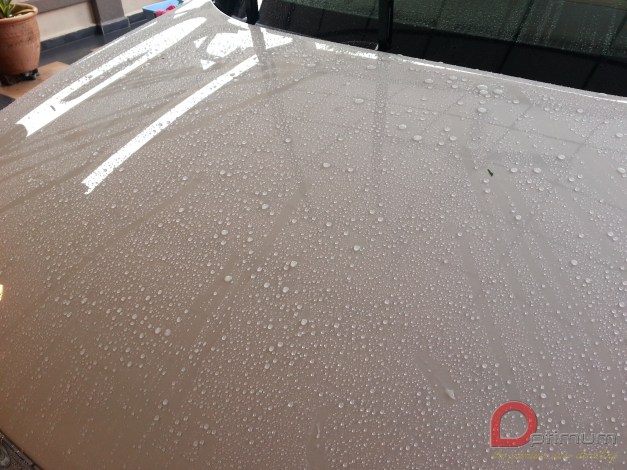 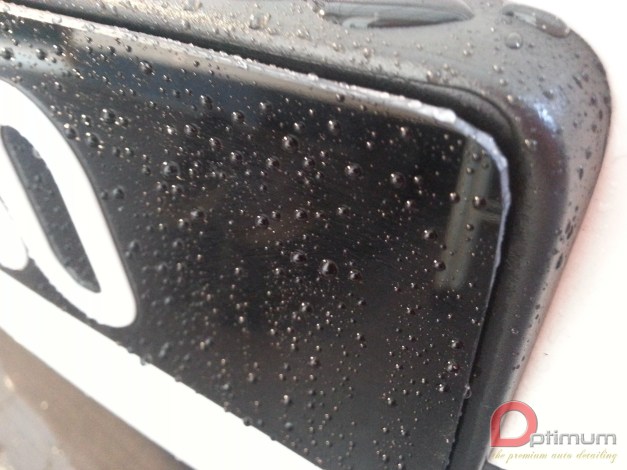 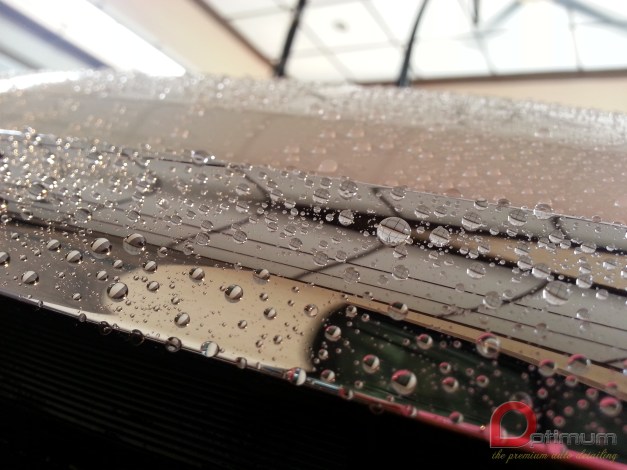 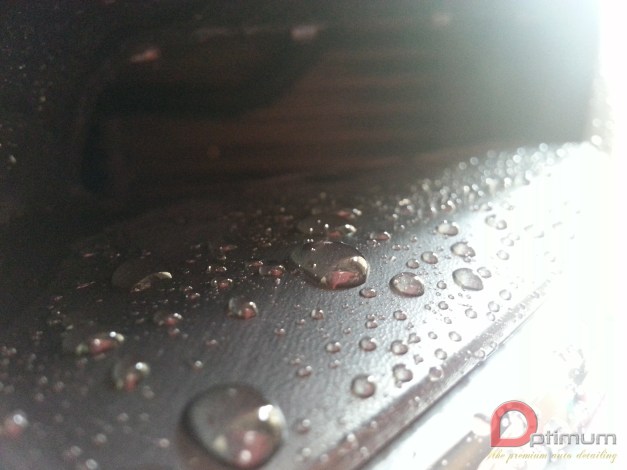 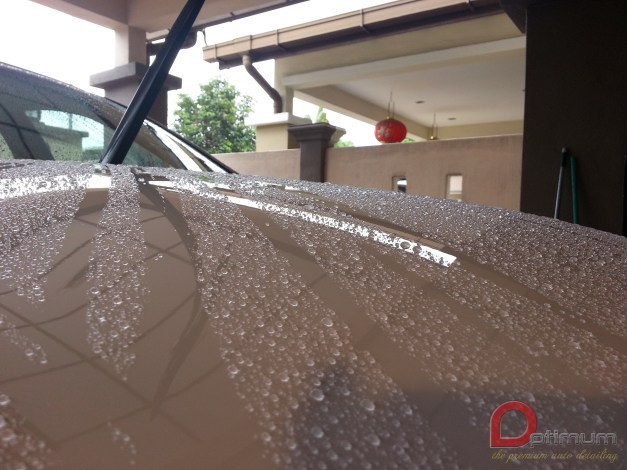 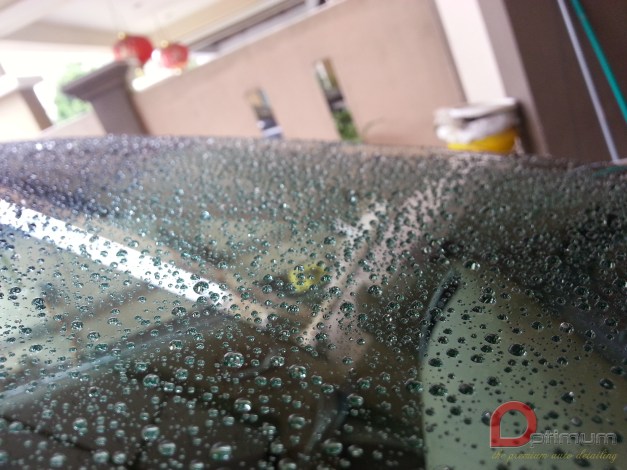 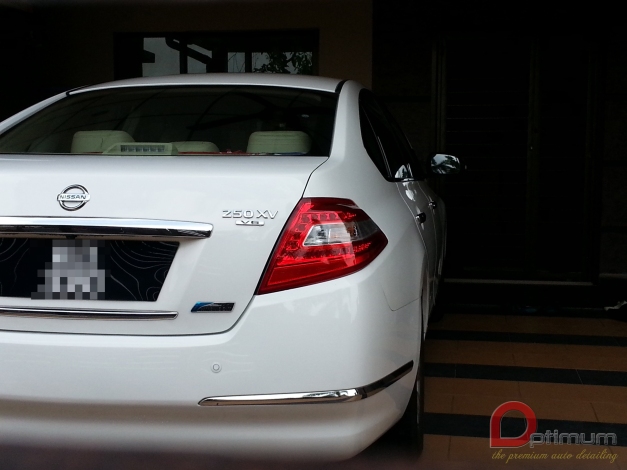 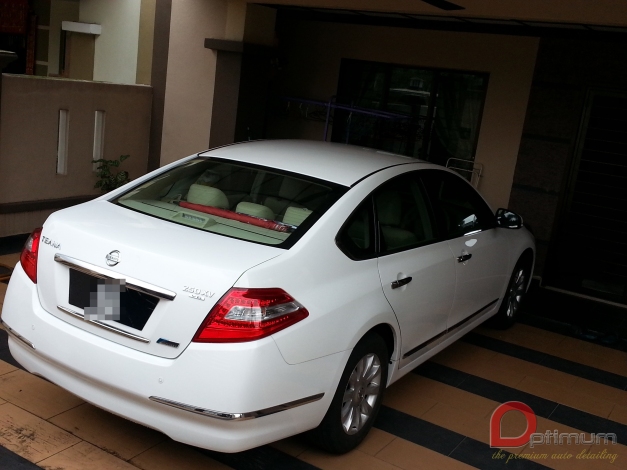